The Most Unique Trevor Linden Item I Own

Another pickup from the latest local card show was without question - a 'one-of-a-kind' item.

There's definitely some positives to be had when people know who you collect.

Now I had heard about this item for a number of months from one of the vendors. He said that a buddy of his had it and he would bring it with him to see if I'd be interested.

Until last month when he brought it up again and said he would bring it with him next time.

So....Saturday was 'next time', and sure enough he brought it with him.

That logo right there got a bit of a raise in my eyebrows. I haven't seen that logo for years. 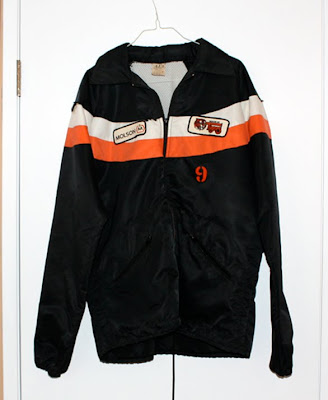 That's pretty neat. But of course, I'm skeptical. I tell him that I'm not really a collector of the memorabilia stuff, but you never know. I need some info. 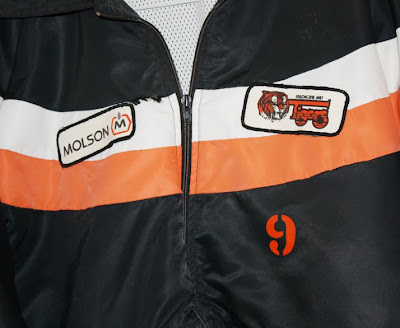 He tells me that this jacket was picked up at a Medicine Hat garage sale from someone named Lane (that by the way is the name of Trevor's dad). The guy has had it for years and was looking to sell it.

He knew I was a Linden collector and thought it'd be something I would be interested in.

Well, you know....I'm not really a memorabilia collector. :) I still needed some more information. 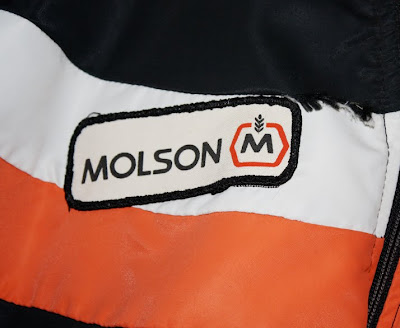 It looks cool. It looks to be from that time period (as the logo patches and rips would suggest). 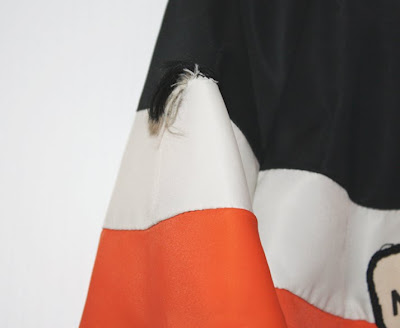 But I'm still skeptical. I need some solid proof. 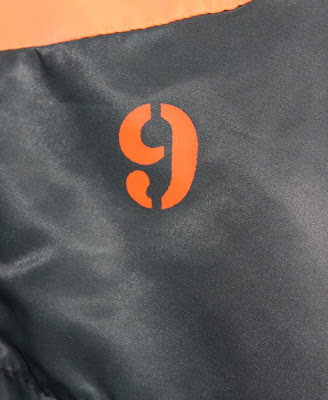 Hey now. This has got my attention all of the sudden (not that I was showing it on the outside).

I knew that before Trevor was in the NHL, he wore #9 in honor of his idol Lanny McDonald (who was also a Medicine Hat Tiger legend).

I'm starting to think that this might just be the real deal. But since I'm not a memorabilia collector, I'm not overly interested in this kind of stuff unless it happens to fall into my lap for the right price.

Honestly, as cool of a piece as this was, I could live with not having it.

I ask how much he wants.

Hmmmm. Nope, not gonna do $80. Again, I'm not a memorabilia collector. :) If it was the right price, I'd consider it.

So he asks me how much I'd pay for it.

He grabs his phone, calls his buddy and tells him the offer. A couple seconds later, he says - You got yourself a deal! 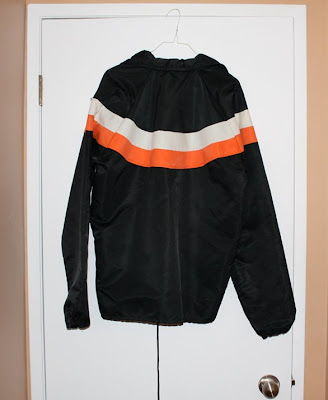 Is it authentic? I don't know. Honestly, I don't care. It's staying in my collection forever. I doubt you could find one anywhere that looks this authentic. And for twenty bucks - it's worth the story at very least.

And if it is real....then maybe I should become a memorabilia collector. :)
Posted by bamlinden at 12:50 AM

Labels: Linden Card of the Week, My Collection