I work had to earn money to pay for the hockey card I decide to buy.  Especially when those cards are Trevor Linden cards.

So it bugs the crap out of me when I receive a card in the mail that is damaged.  Especially when I feel that the damage was avoidable.

Recently, I purchased a very rare Trevor Linden card from this year's Superlative release.  How rare?  How 'bout a gold 1/1.

This story does not get better. 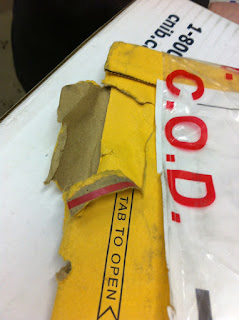 Here's the way the envelope looked BEFORE I opened it up.  Thanks UPS.

What boggled my mind was that a single card was packed up and sent in an envelope big enough for a beefy legal-sized document.  Why?  I don't know.  I haven't heard back from the seller yet.

But I'm sure there's a perfectly reasonable explanation.  Right? 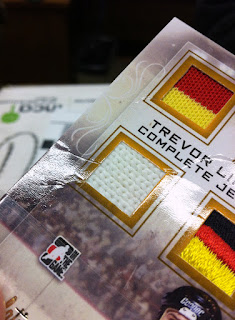 I'm convinced that this oversized envelope was part of the reason why the card arrived damaged.

The other being that there was no protection - NONE - added to the card.  Just the toploader and card.

And of course the seal on this Superlative card had to be broken, leaving the card susceptible to coming out of the plastic holder (which of course part of it was).

It just gets better and better. 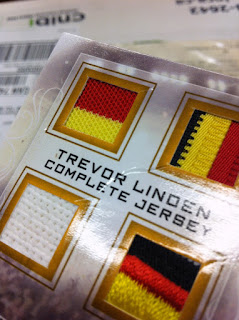 You just can't have too many creases can you? 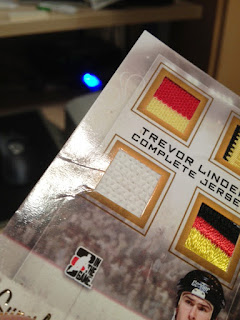 The one thing I did do is take the card with me.  I could have refused the package and it would have been returned to the seller, but I knew that if I did that, the card would be gone forever.  Probably just end up in the trash.

In my delusional mind I'm hoping that magically this card can be fixed. 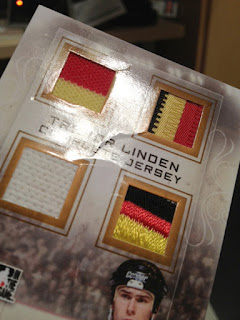 But before that, it's clobberin' time.  I can assure you all that I will not be the one holding the wet towel on this one.

I am really hoping that the seller chooses to work WITH me rather than put up some sort of fuss.  Right now, I'd just like to hear his side of the story.

And an offer to refund my money would be appreciated as well. 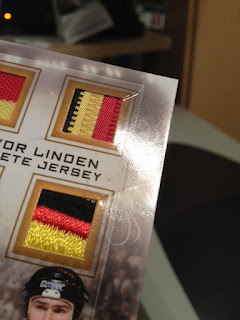 The brokerage I paid to UPS, well that will be determined after.  I was told that I should be able to get that back too since the fee is based on the value of the card.

And right now....it ain't what it was when I bought it.  That's for darn sure. 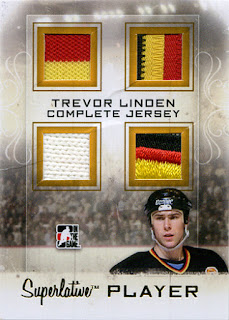 What was supposed to be an amazing Linden Card Of The Year post (I have 5 to show off) has now left me a little sour.

Hopefully by the end of the year I'll feel like doing up a proper post of the top cards that arrived sans damage.

Sadly, this card will not be a part of it.
Posted by bamlinden at 8:57 PM