For the third year in a row, Canada Post got their hook in me.

Back in 2014 it was the Original Six stamp collection.  In 2015, the goalies took centre stage.

This year it's a great set of forwards that has me digging in the wallet for my extra change.

Canada Post has done a great job of putting together a progressive set - they work as individual products but marry well when you put them all together.  Six card-sized stamps of the best in the biz.

Let's stop with the chit chat and get to some scans. 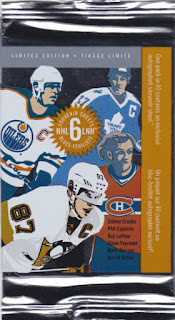 I love the wrapper concept.  Makes it feel like there's an air of the unknown.  And actually ...there is.

Sure, you get six stamps (and you know which six you are getting since there are only six in the collection), but one in every 40 packs have a signed stamp.  Sah-wheet. 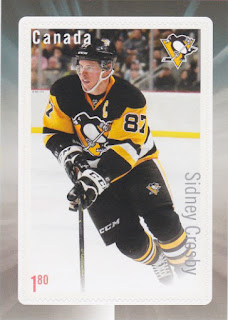 Sid the Kid is a great way to kick off this product.  Could you imagine hitting an auto of this gem?

Apparently the Crosby is a short print...no surprise there.

I really have enjoyed the stamp design used each year.  Nothing groundbreaking, but that's what I want in a product like this where there should be a hint of tradition and simplicity.  And....well, it's a stamp. Stamps just look cool.

But I dare not peel these to expose the coolness.  These sets will stay intact. 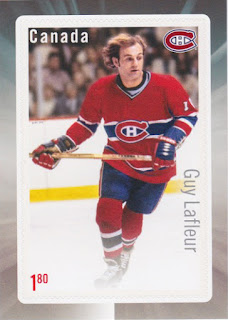 Yes!!  Finally, a photo of Lafleur that is more in line with the guy I remember tearing up the league in the late 70's/early 80's.

No helmet, no Rangers jersey, nothing but simple Montreal greatness. 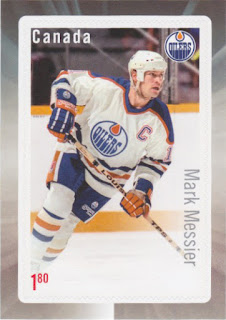 Hoo boy.  From the penthouse to the outhouse.

Thankfully he's in an Oilers jersey.  I really don't know if I could have supported a product with this guy in a Rangers jersey.

Would've been a cooler stamp if he was in his blues. 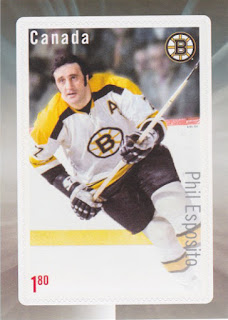 Fantastic Phil.  Same deal here.  Why not in the black and gold? 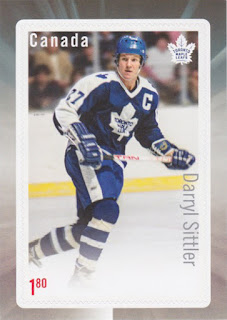 At least he's not wearing Cooperalls. 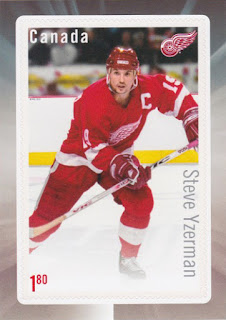 A great collection of players - and an even more fantastic chase for those autos.  Any of those would be gems in a collection.


Gotta think the defencemen are next up in 2017.  I'll be looking forward to it.  But where to go after that?  Could you do expansion or defunct teams?  How tremendous would this be..... 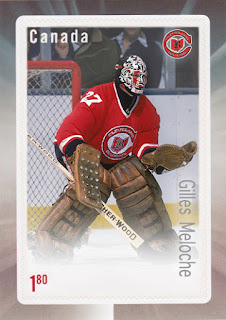