BOX BREAK - In The Game Used

But sometimes that's a good thing.

So I was out running some errands with my nephew this afternoon and one of the stops happened to be the local card shop.  I don't normally hit the card shops on the weekend as it can get me into trouble real quick.  But I needed new toploaders for the revamping of my Linden collection (finally sorting that out properly).

Anyways.....when I first walked into the shop I noticed the new ITG product on the shelf - In The Game Used.  And yes, my guy is in the product....a lot.  Twenty-one cards in total.  Six of those are Nameplate letters (from a Montreal jersey), one other 1/1 and the rest are most definitely on the radar.  That's yet another good wave of cards on the wantlist.

My nephew is not big into cards.  Actually.....he could care less about them.  And that's totally cool.  He respects that I like them and I think he enjoys that I enjoy the hobby.  I think he likes it too when I involve him in the little aspects about that I think would be fun for both of us.

I was finishing up with my supplies when I called my nephew over.  I asked him to pick a number between one and four (as there were four boxes of the product on the shelf).  He chose two.

Wanna see what he picked out for his uncle?  I knew you would. 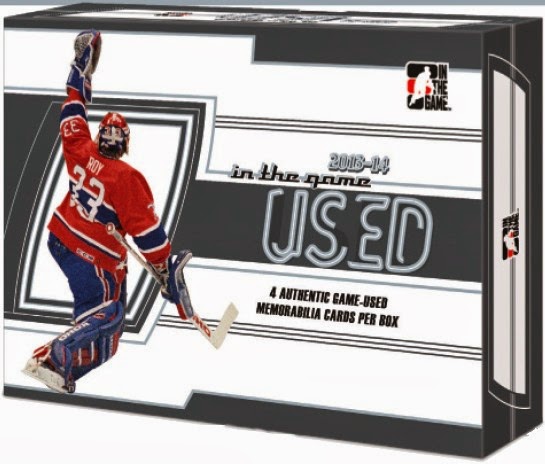 So my nephew thinks that all boxes of card have packs in them (like Score or OPC).  So when he saw the box of In The Game Used, he thought he was going to rip open some packs.

He opened up the box and was a little perplexed by the lack of cards and the abundance of emptiness.  His face was priceless.

Of course I knew what to expect and I explained to him that it there were just four cards in the box.

I on the other hand was really excited about the first card I saw. 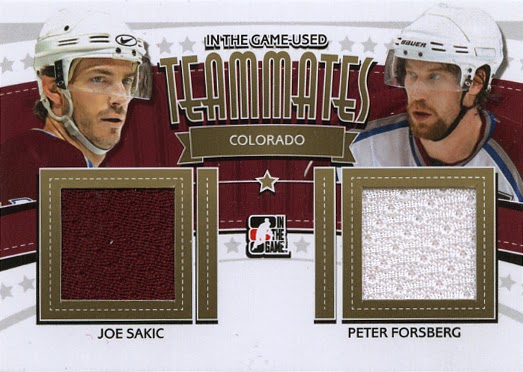 A gold parallel to start with.  I was loving that.

In each pack you get a single game-used card, a double game-used, a triple and a quad.  So with no single on top....I got excited. 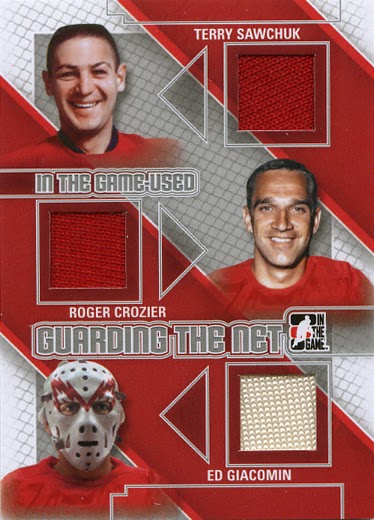 Some gorgeous vintage on the triple.  That's 2 for 2 in my books.


Now I'll leave the next card in the pack until the end.  The "single" so to speak. 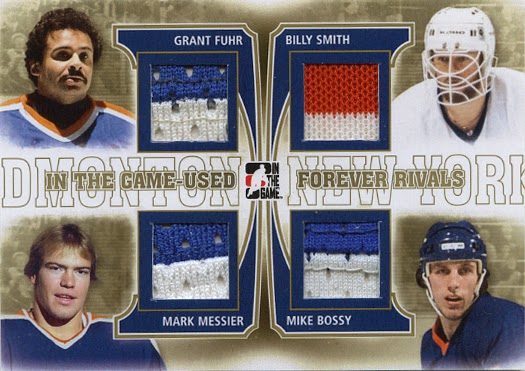 Another gold parallel in the pack.  I really couldn't ask for anything more. 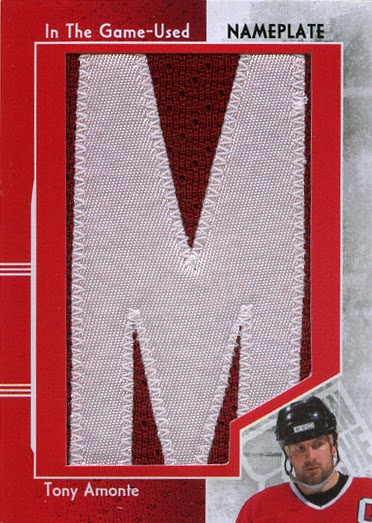 Nameplate "M"
Tony Amonte (from his All Star jersey) 1/1

Of course he was oblivious to what each card was (the scarcity or player names) but he could see my excitement.  What a bunch of fun.

Now hopefully I can turn these goodies into some Trevor Linden cards.  I've got a lot to knock off the list.