A trip to the monthly card show landed me SIX new additions to the 1 vs. 100 project. A huge day!

I grabbed one from a table early and then made a huge trade to snag the other five. 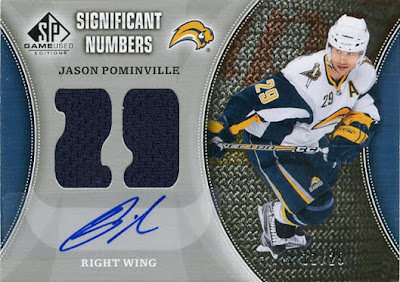 2009/10 SP Game Used
Significant Numbers Jason Pomminville /29
This one was priced just a little higher than I would have liked. I passed on it originally, but found some other stuff I had on my wantlist and so packaged it together. In the end, it made it into my collection for a price that I am happy with. 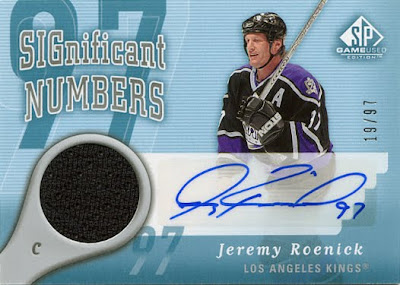 2005/06 SP Game Used
Significant Numbers Jeremy Roenick /97
This card starts the five that made up the big trade. Roenick and his card /97 is a nice one to cross off the list, but is not nearly the card to write home about. 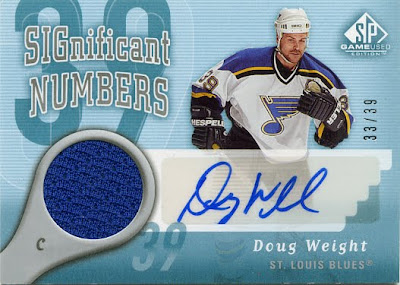 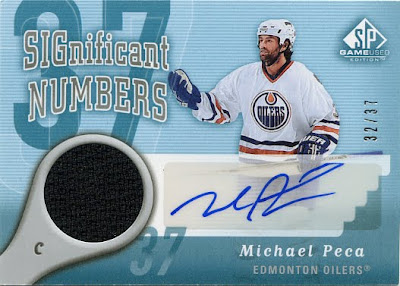 2005/06 SP Game Used
Significant Numbers Mike Peca /37
Another one in the thirties. My question is....What makes Mike Peca so significant? Whatever. 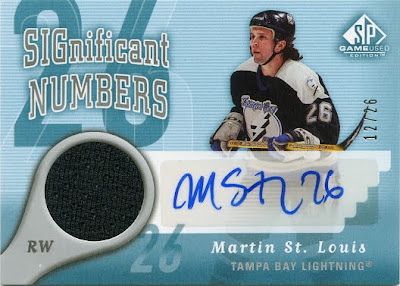 2005/06 SP Game Used
Significant Numbers Martin St. Louis /26
A great add for me. A lower numbered card and a great player to boot. This set really helped me out today. 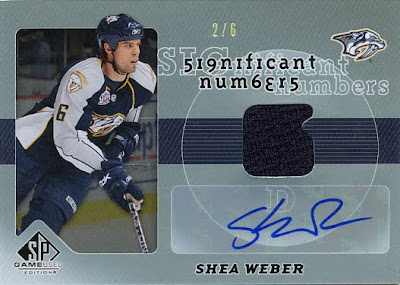 2008/09 SP Game Used
Significant Numbers Shea Weber /6
Now we're cookin'. This card could possibly be the biggest pickup for my project so far.

I was always worried about how much it might cost me to land cards numbered less than 10. You don't put scrub players on cards with such a low serial number.

The above five cards came to me in what I would consider a blockbuster trade. It was those 5 for a single card I had. It was tough to give it up, but I had it in my traders for a reason. You trade stuff you don't want or don't need for cards you do.

I felt it was a fair trade and both sides were happy. What more can you ask.

A big day and it didn't cost me an arm and a leg.