I'm a sucker for a deal. When I see something priced for a lot less than it should be, I tend to lean in and take a look. Sometimes I even jump.

Tonight I was doing some Christmas shopping for my niece and nephew at Walmart. While strolling up and down the toy aisles, I came across the hockey card section. They had a sale.

A number of blaster boxes were between 10 and 50% off. I noticed tins of Upper Deck Ovation were on for $10 and thought I'd give one a shot. 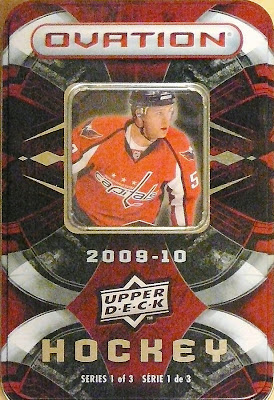 By the way, the cards came in one big 50 bunch. No packs. The positive...no doubles. 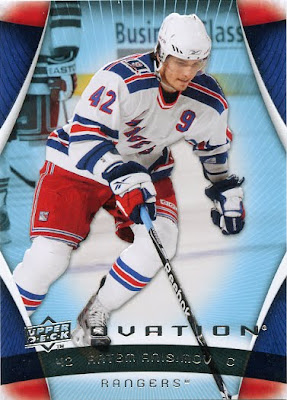 There was some good player selection in my bunch as well. While the Crosby's and Ovechkin's are always welcome, it was nice to see some rookies in there as well (even if I didn't land any of the big names). 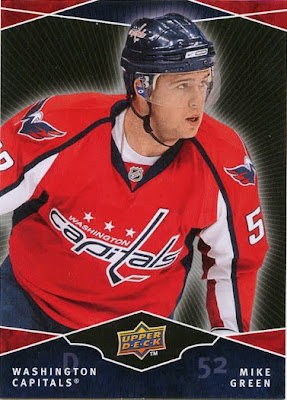 The front of the tin had a window indicating the Ovation Spotlight card you would be receiving. Mike Green...works for me. I like the idea of having an insert card made available and while knowing ahead of time is a bit of a double-edge sword, I look at it as a bonus to the tin.

Not as much of a bonus as the next card... 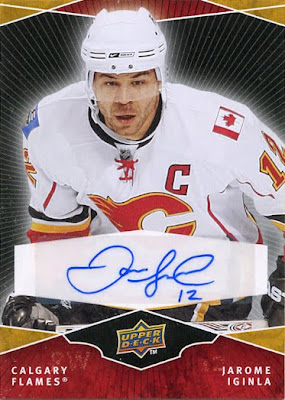 BOOM! That's right. I hit an auto. And the hometown 'hero' at that. Now I don't know how rare these cards are or how tough they are to pull, but to land an Iginla auto in a $10 tin is a pretty darn good deal to me.