OUTSIDE THE BOX: Smurf Cupcakes

This past week was a busy one. No....it wasn't a terribly hectic one at work, it was the extra-curricular activities that were eating up a ton of my time.

My niece threw me an e-mail a couple months ago asking if she could borrow my kitchen. She wanted to make her mom (my sister) some cupcakes for her birthday. I was excited to see what she would come up with.

See, I got her cake decorating classes for Christmas last year and she was about to put some of what she learned to practice. She came up with the idea of doing an "Angry Birds" setting (since my sister was big into that at the time). But recently, she has been hooked on the "Smurfs Village" game on her ipad.

Anyways, this past week was spent making the cupcakes (over 40 of them) and the slow process of decorating them. She went above and beyond. Here are (literally) the goods. 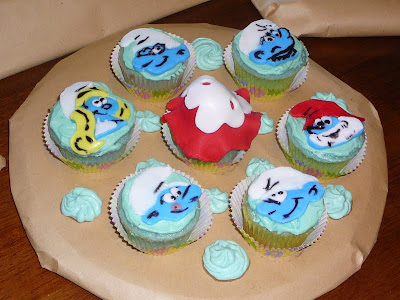 This was the main tray of cupcakes loaded with all the easily recognizable Smurfs. 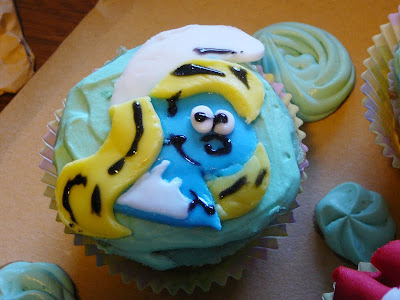 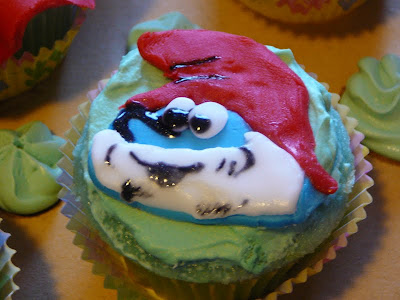 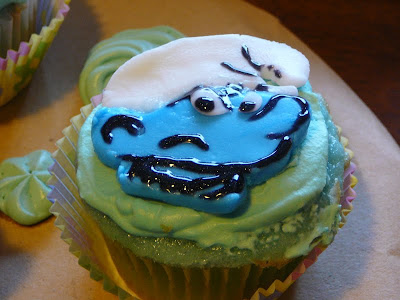 I liked this Grumpy Smurf a whole bunch. He really doesn't look happy. 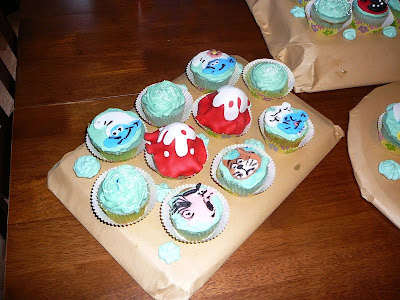 This was a secondary tray with the likes of Vanity Smurf, Baker Smurf, Gargamel and his cat Azreal. Nice! 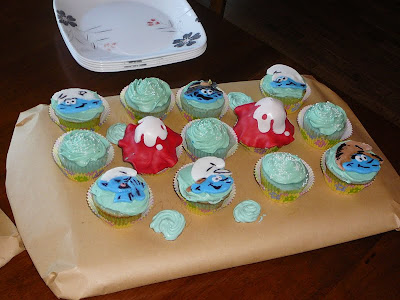 Another secondary tray with Handy Smurf, Farmer Smurf, Miner Smurf among others. The red & white ones are the mushroom houses. My niece used a Timbit (or donut hole for those who don't have a Tim Horton's in their area) to help give the effect of a house. 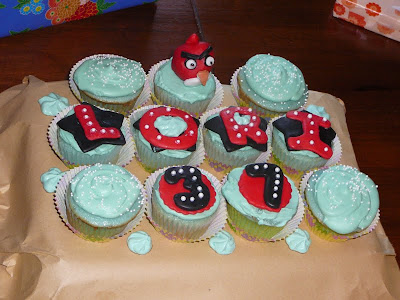 Here's the tray with my sister's name and her "age". We were going to have some fun with that, but we thought it might be better to just play it safe. :)

And for kicks, my niece threw in an Angry Bird. 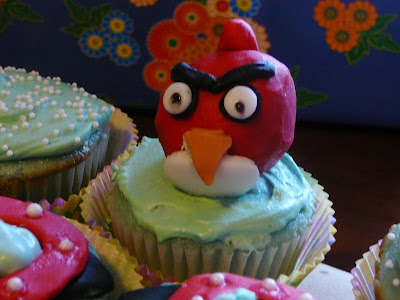 Lastly, and you might not be able to tell from the pics, the cake itself was dyed blue. A very nice, subtle touch to top things off.

So that's that. My niece has got a pretty high bar to raise for the next birthday to come. Hey kiddo....mine's in April, so start brainstorming. I like Trevor Linden (if you didn't already know).

In all seriousness, I am extremely proud of the time and effort she put into this project. There have been a few times in the past where I have seen her rush through things resulting in a less-than-average product.

These cupcakes are a fantastic example of what can be accomplished when you pace yourself, take your time and work hard.

I hope you are as proud of them as I am kiddo!