Happy New Year everybody!  I've been keeping a low profile over the past few weeks.  Y'know....holidays and such.  It's been an enjoyable (but very quick) three weeks and I can't believe I go back to work on Monday.  Gone so quickly.  But I'm actually looking forward to heading back.  A new year and a new start....always motivating.

I've been spending a lot of my spare time.....doing very little.  And I love it.  I've been reading a lot and am into my fourth book since the beginning of December.  I've also been surveying my office (where I keep my cards).  Not much more than that - just surveying.

I'm still hoping to do some custom card work, but time's slipping.  That doesn't mean I won't be able to once I get back to work, but I'm surprised I didn't do any over my break.

My niece and nephew got a good chunk of my time over the holidays.  Can't go wrong there at all.  My nephew and I are doing Sunday morning badminton and it's a lot of fun.  I forgot how much I enjoyed it.  I also picked up a music book/cd/dvd set on drumming that I've had my eye on for a while.  The ol' drum kit is going to get more of a workout this year.  Call it a resolution if you'd like.  I'm just going to call it "something I want to do".

As for cards - it's been slow.  I wasn't able to make it out to the final trade night of 2013 because of my niece's band concert, the first trade night of 2014 had me leave without spending a cent (I was shocked at myself) and the first monthly card show of the year was also  a whole lotta nothin'.  There's just not much out there that I want to chase right now.  If it's not Linden, I'm not really going for it at this time.

Now there have been a lot of Linden cards popping up on ebay, but the prices are just a little higher than I'd like to pay (a lot higher on some) and so I've just passed.  I do have one card on its way in but that's it.  I see he's going to be in the new SPGU product (only 2 cards.....thank you UD!!!) and so that'll be something to look for.

As for my only other recent Linden item, it's one that I've never seen, have no info of and was dirt cheap.  Count me in! 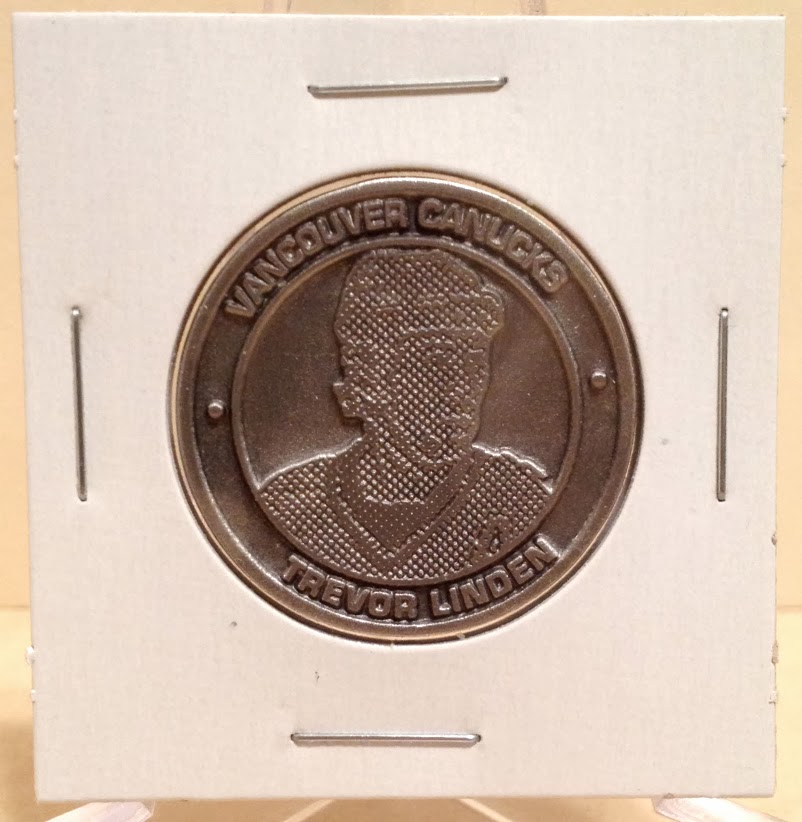 I'm listing this as a 2007 team released coin.  It's about the size of a quarter and although the outline of Linden on the front is vague....I can clearly make out that it's him.

I decided to list this as a 2007 coin because of the info on the back.  The detective in me did some searching. 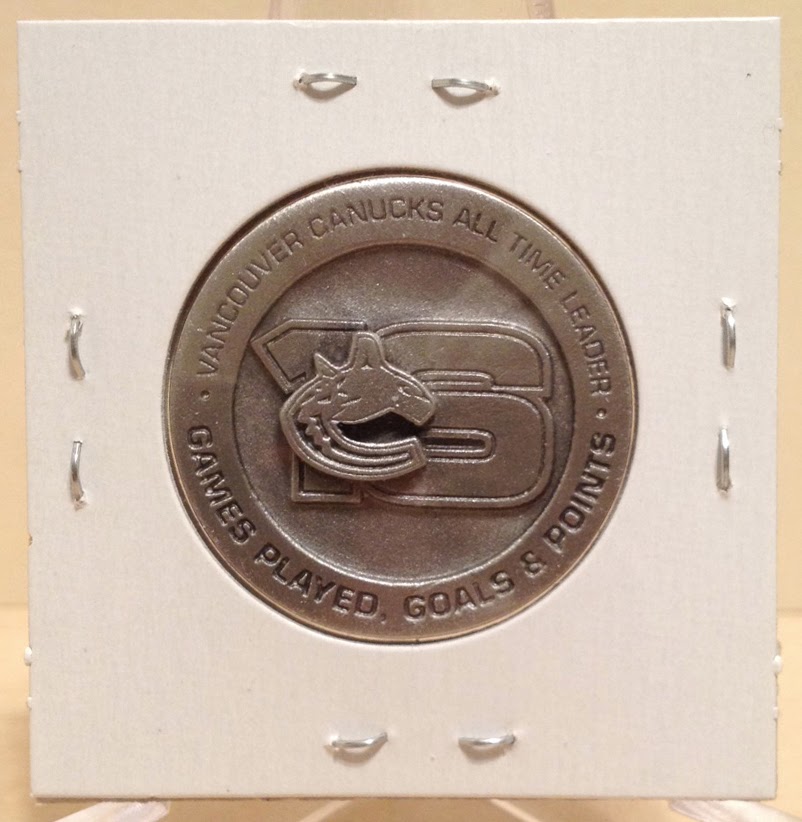 What would be great is if I could find some info on this coin.  Nothing....absolutely nothing is out there on it.  Heck, I never even knew the coin existed until I saw it a few weeks ago for the first time.  And on the ebay auction, the description was of zero help.

Nonetheless, it's a new addition and I'm happy to add it to the small section of coins in my Linden collection.  The first item of what I hope will be an enjoyable 2014.  Have fun!

Posted by bamlinden at 7:57 PM