I was at the local card shop last week for their monthly trader night.  It's usually the same group of guys, we sit and talk shop, play some pack wars, scarf down a couple slices of 'zza and just have a good time sitting back and enjoying the atmosphere.

But last week's adventure had a special little treat added to it - and I'm sure the guys there are still looking at me weird.

It all has to do with Alberta Springs Old Time Sipping Whiskey. 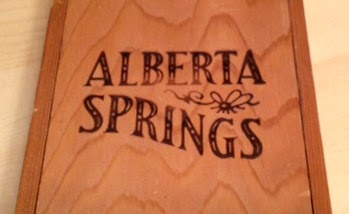 When I was a kid first discovering hockey cards in the early 80's, there were two ways of storing cards in my eyes.  The ever-popular card locker - and yes....it's as cool as it looks, and this... 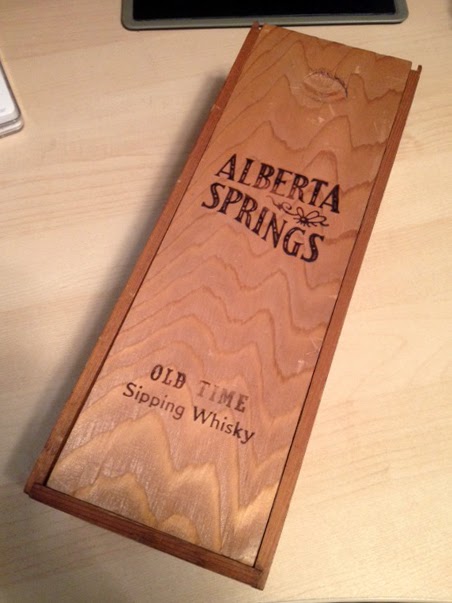 It's a simple wood box that would contain a bottle of booze.  I'm assuming the first time I laid eyes on it was as a discard from my parents liquor cabinet.  But there was something about it that made me think "I must have this."

When you take a close look at it, there's really not much to it.  It's not heavy wood, no fancy dovetailing, simple staples, easily chipped, but the color and the burned in logo just reeked of cool. 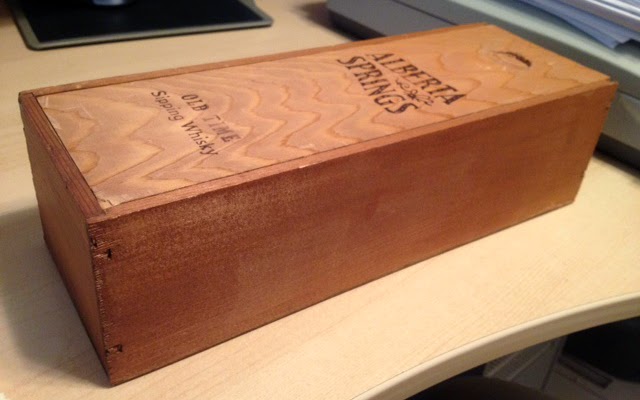 I used to keep my pencil crayons in it, then it was my special keepsake box.  Id hide it from everyone (especially my sister) and even scrawled my name into the side of it.

But it wasn't until my card lockers were filled to the brim that I decided to use it for what I now consider it's primary use. 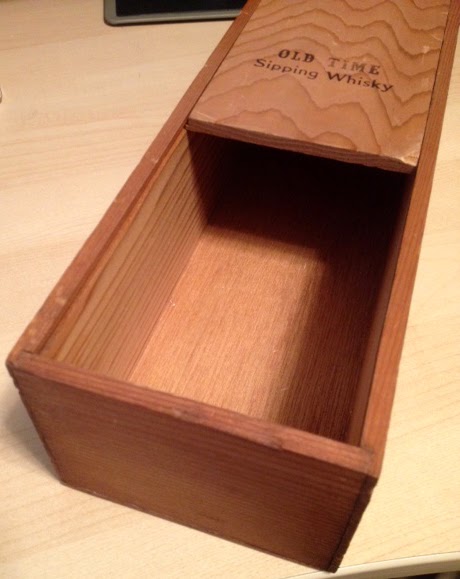 These were made for hockey cards!

2.5x3.5 fits like a glove in these wood cases.  I was on cloud nine when I had this revelation.  I thought "How cool will I look when I've got my cards sitting in a whiskey box?"

These boxes would easily hold a season's worth of O-Pee-Chee (that's your standard 396 in the early 80's).  I also ventured to put some baseball in there, my Star Wars and Raiders of the Lost Ark cards and I even snuck my sister's ET cards from her and took new ownership.

But then I discovered sheets, and binders.....and the world changed.

Soon, this became my "trade box". 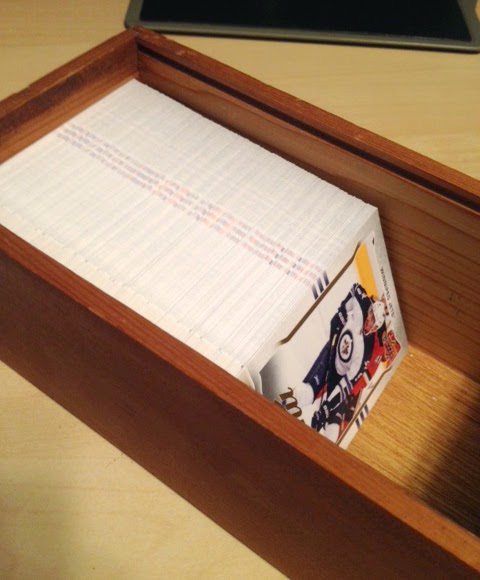 I had this box for years until one day I took a bunch of traders into a store (or more like a building full of vendors) and ended up trading or selling the lot I had.......box included.

I would see the box on his shelf for months after - my name still etched in the end staring at me.  Then one day, it was gone.  That was a good 15-20 years ago.

Honestly, I forgot about it until last week.

I saw the exact same cheap wood case sitting on the shelf behind the display case.  Two of them in fact!  It was an instant flashback.  I knew exactly what it was.  So much so that I told the guy working there what was on the lid.

Sure enough, he took one off the shelf and passed it over.

I immediately took a look on either side, hoping to find my elementary school handwritten name on the side.  But no, these were from someone else who was just as smart as I.

I was told they came from a guy who was selling off his collection.  It was a little older than my 80's offerings, but I have no doubt that the guy had the exact same idea I did decades ago.

I passed the case back and was told to keep it.  You have no idea how excited I was to hear those words.

I truly got to take back a little piece of my childhood that night.  A little piece of my early collecting years.  This case will sit in with the collection - stashed in the closet - and trust me.....this time it ain't goin' anywhere.
Posted by bamlinden at 10:05 AM