Saw this item tucked in the back of one of my shelves in my closet and was shot back a decade and a half.  It made me laugh as I had completely forgot I had one....

actually, I have four.

And of course it reminded me of a head-shaking time in my collecting life. 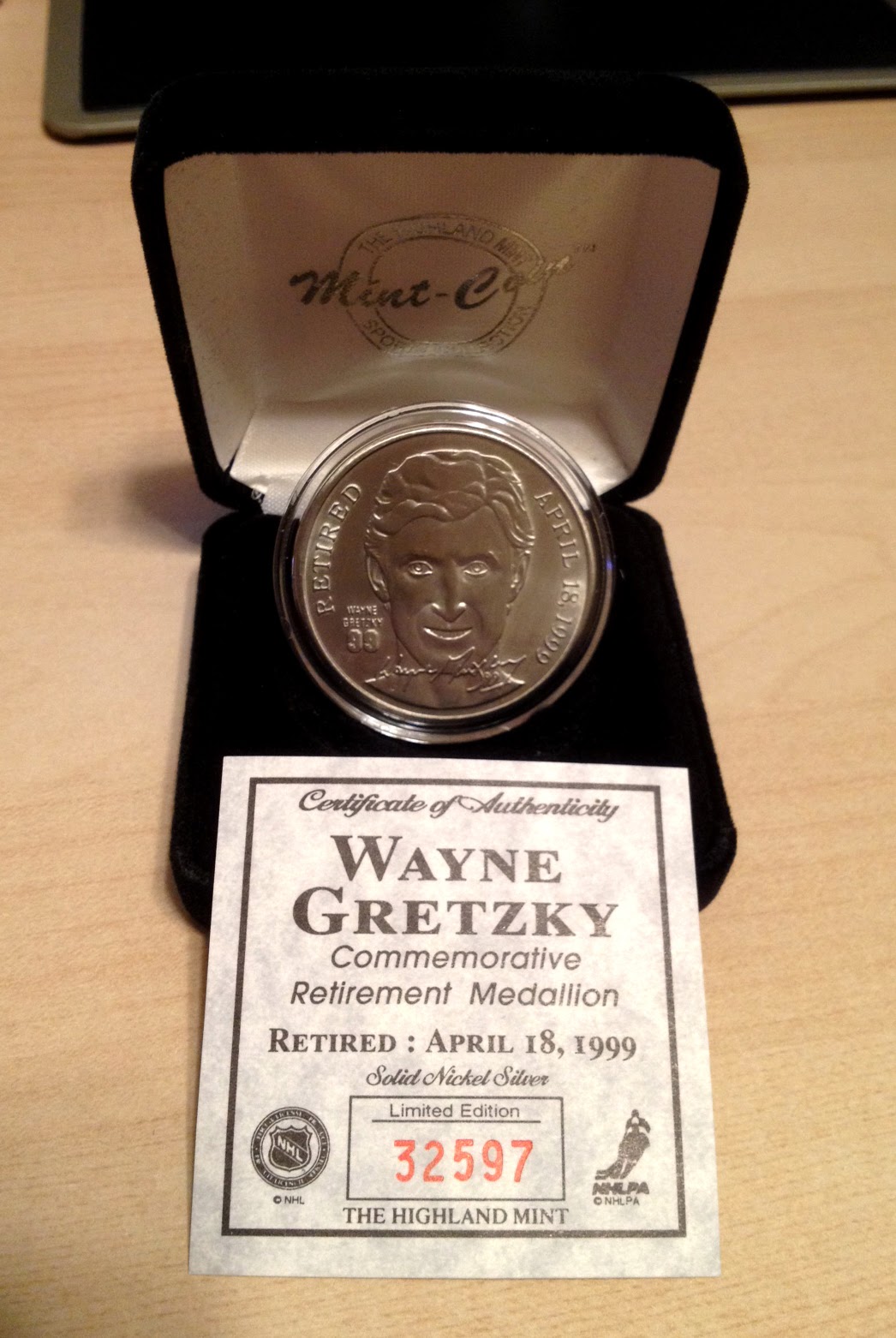 This is the Highland Mint Wayne Gretzky Commemorative Retirement Medallion (yeah....that's a mouthful).  It's made of solid nickel silver...whatever that means and is limited to at least 32,597 (so "not rare").

It obviously was released to celebrate the retirement of one of the greatest players ever to play the game.  So I had to have one right? 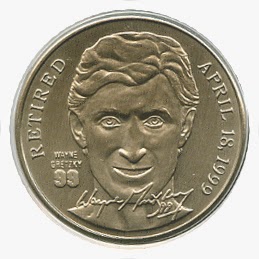 The coin is about the size of a half-dollar (or whatever these commemorative coins go for in size).  It's a common size.  The Gretzky etching on the front doesn't look too bad and I like the signature along the bottom.  It's a clean looking front and a pretty spiffy look all things considered. 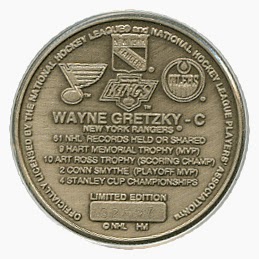 The back is a lot busier.  I do like that the St. Louis logo has been included.  It seems like a lot of tributes and overall Gretzky "stuff" tends to ignore his brief tenure with the Blues.

A bit of a resume and some unnecessary official jargon finishes off this coin. 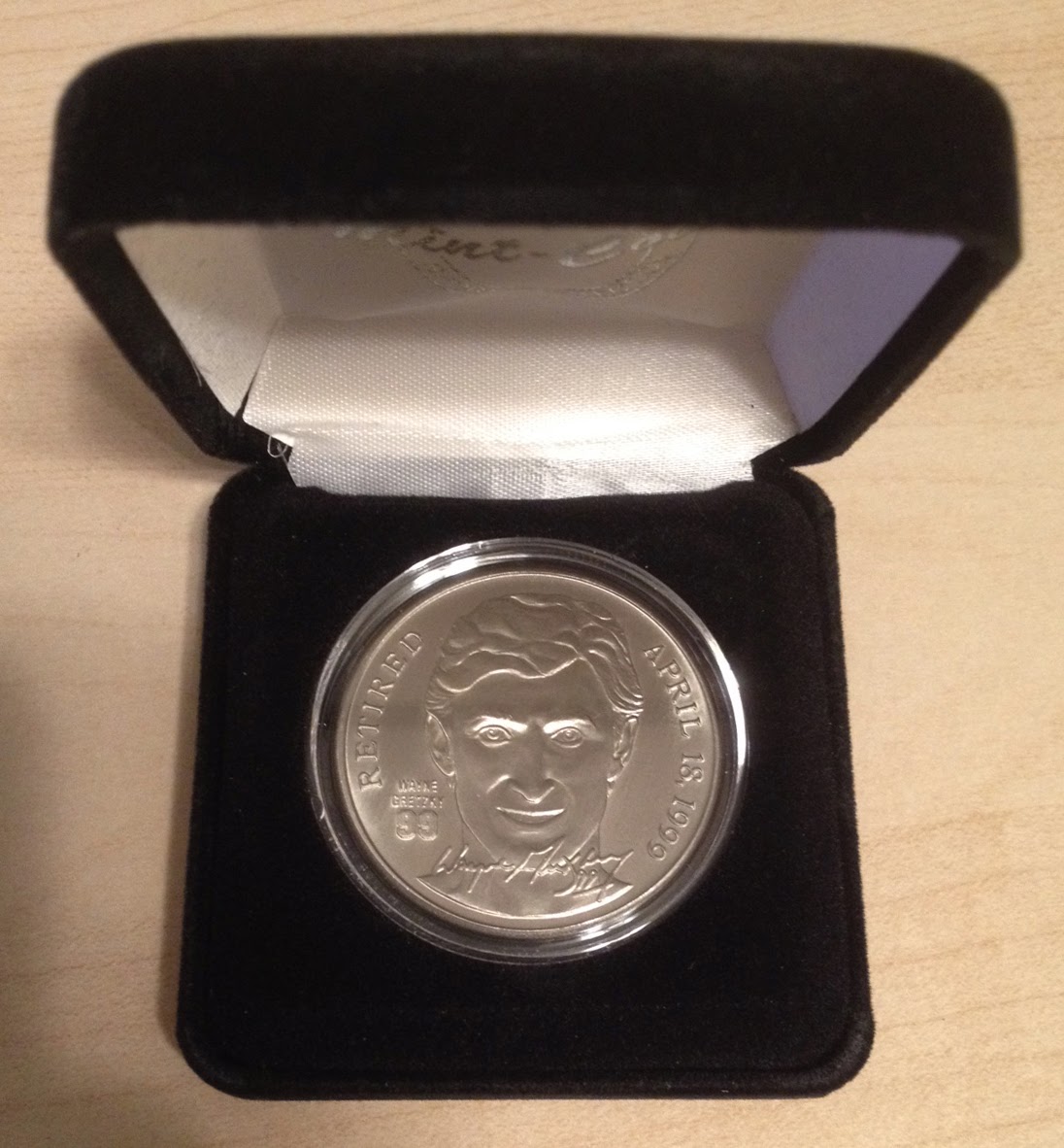 What made me laugh is that I got these coins (like I said...I have four) from my mom.  She used to be the AVON lady.  You know....make-up, the whole nine yards.  And there was a time when AVON sold NHL memorabilia.  At one time, I had a dozen of these coins.

I was able to get them at her cost, and then I'd try to flip them for a bit of a profit.  Looking back now....I'd be lucky if I broke even.

This coin also reminded me of my obsession with all things Gretzky retirement.

I was so sure that anything about his retirement would garner big money, that I went and bought a couple dozen newspapers, magazines, you name it.  I think the newspapers went into the recycling and I might have a magazine or two kicking around.

I look back at my obsessive nature with Gretzky and just laugh.  What was I thinking?  I was clearly a couple decades late to the party.