OUSIDE THE BOX - A Pack Of Cards From Guatemala

After a couple of busy weeks at work I'm excited about some upcoming time off.  This year however I won't have to wait until our holiday break in mid-December.  I've got the whole next week off....and I am absolutely loving it.

It'll be a chance to get some stuff done around my place, maybe get my Christmas shopping done (ha....I openly laughed at that one), get some long...LONG overdue custom card work done and even take some time to blog.

So where to start?

Well, I have some new Oscar Gamble cards to show off, a couple new Lindens and even some box breaks.  But that will all come in time.  Today I wanted to share a really cool gift I received from my co-worker.

I've been at my current workplace for almost 8 years now and one constant has been my co-worker.  He is a terrific person.  Really critical and opinionated when need be, a real team player, willing to take a hit on a roadtrip call or early arrival to work.  He's a hard worker and we have a really great rapport.  His strengths offset my weaknesses and vice-versa.

But more importantly, he's a really good person.  Honest, ethical and with strong ideals.  I can say without hesitation that my becoming more involved in charity work is due to his example.

Recently, he (and some of his family) travelled to Guatemala as part of an organization that helps local children learn and stay healthy.  These kids would likely have fallen through the cracks of their environment and who knows what might have happened to them.  This organization is run by a local family and has done so much with just hard work and dedication to success.  In fact, while my co-worker was down there it was announced that a couple of the students had been awarded full scholarships to US colleges (they both won what are called Walton Scholarships).  It was an amazing moment.

Anyways, I was involved months back in their fundraiser to raise money to go to the medial building and school.  It was really exciting to be a part of something that I was able to see the direct results of.

As a bit of a "thank you", my co-worker wanted to get something for me while he was down there.  He knows I'm a collector and when he saw this on the shelf in one of the stores he knew his search was over. 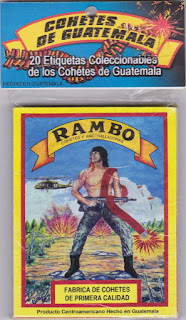 So I guess firecrackers are a big thing in Guatemala and somebody decided to take all of the different wrappers and create a collectible pack of them.

There are 20 cards in total and they are slightly bigger than a regular trading card (3.5x4.5 inches).  They are printed on flimsy cardboard and are blank on the back.

I think my co-worker was as excited as I was to tear into them to check out the different cards. 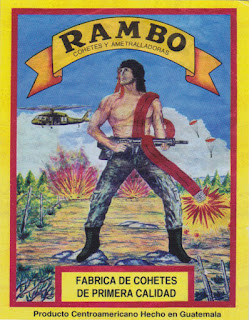 The top card, Rambo, is really an eye-catcher.  It even looks like Sly Stallone.

My co-worker felt bad about the corner being bent on this one.  Please....I'm sure I'm not going to get these graded any time soon. 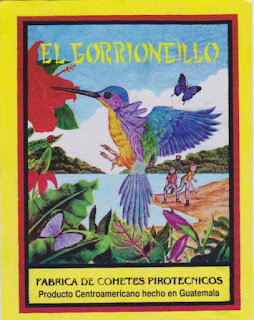 The hummingbird......and kids throwing rocks at it.

We got some good chuckles at these as we were flipping though. 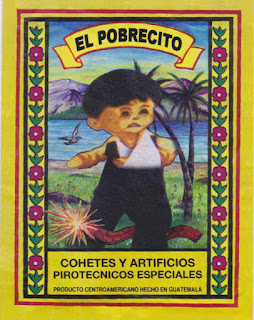 This one stumped me.  Some Cabbage Patch Kid with an arm sling and firecrackers going off in his crotch. 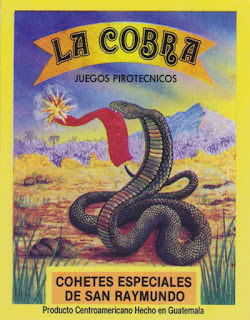 A you can see with all of these, they have the firecrackers as a prevalent part of the picture. 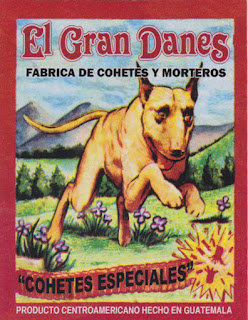 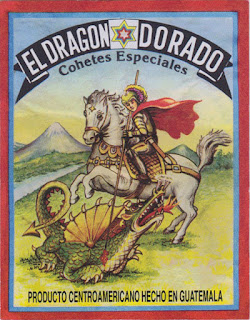 The artwork on some of these are really quite good.  They remind me of slick looking beer labels or something. 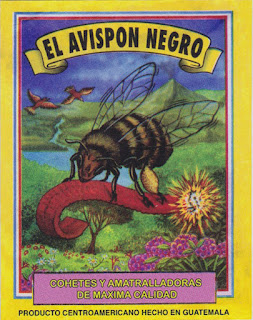 I can only imagine myself buying a pack of "bee bombs". 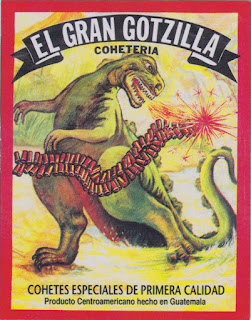 Looks like th firecrackers are getting the better of him. 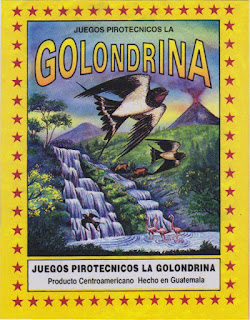 You'll notice some volcanoes in the background of some of these pictures.  I was told that there are some in the area of Guatemala where they were staying and I guess they are very popular. 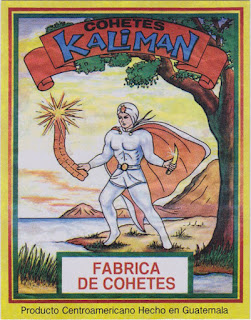 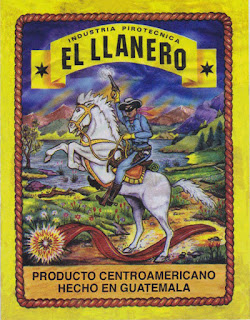 I think this is supposed to be the Lone Ranger.

That's what I'm telling myself anyways. 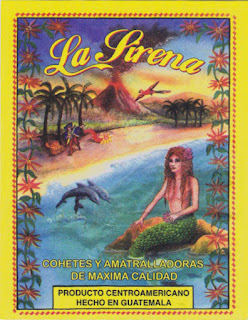 The mermaid......with some dude setting off firecrackers on land.

That always impresses the ladies. 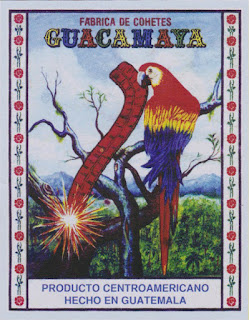 I'm not sure how much to read into these pictures...but a parrot holding onto the firecrackers can't end well. 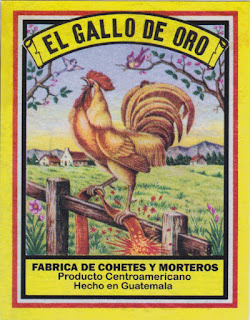 I was told that my co-worker's brother-in-law was nicknamed "Gallo" because he had red hair and talked a lot. 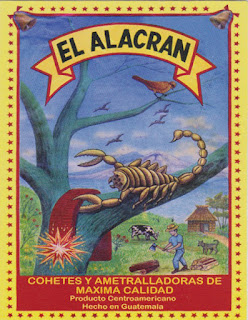 Not sure what the farmer in the background has to do with this picture. 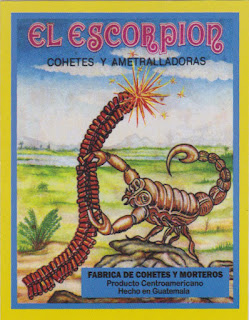 Boy, there must be a lot of creepy crawlers in Guatemala. 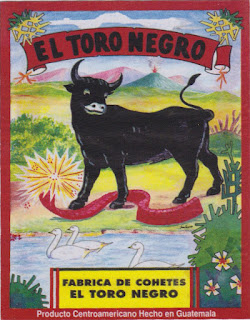 But this dude is looking a little too oddly at the swans in the lake. 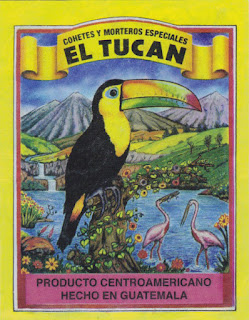 Really cool artwork on this one. 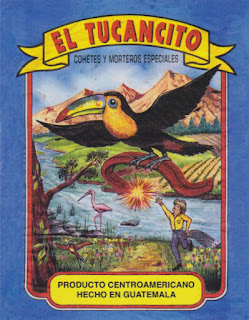 So nice, they did it twice. 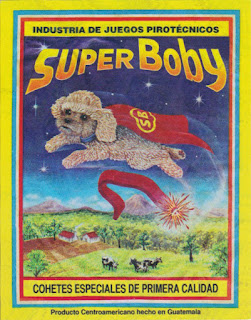 I must be losing something in the translation.

All in all a fantastic gift and I really appreciated the gesture.  I was following along with their time in Guatemala through Instagram and really felt privileged to be a part of the trip - even though I was not physically there.

I'm looking forward to the work towards their next trip which will likely take place in 2018.

Thanks so much Joel (although you will probably not see this post).  This was really the perfect gift.


For those who are interested in seeing more or learning about the organization, you can go to www.guatemalaconexions.org
Posted by bamlinden at 5:22 PM