Another box break to show off. This one was from my afternoon of splurging back a few weeks ago.

I bought this box the same day I picked up a couple of Between The Pipes boxes. 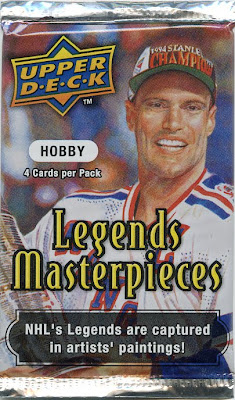 2008/09 Upper Deck
Legends Masterpieces
I had been seeing cards from this set popping up on ebay, at card shows and being shown off in trade boards. I must say that the concept and design of what I saw was really nice.

The box was a little pricier than I would normally consider (anything over $125 is normally a no for me...especially after a couple of BTP boxes). 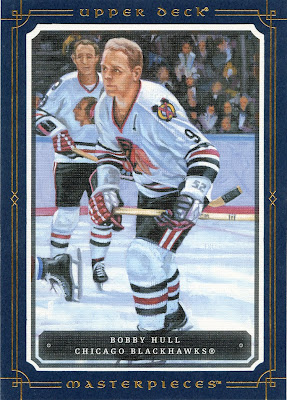 First off is a real nice box topper. This 5x7 jumbo card really shows off the essence of the set. A canvas looking card with a painted picture. I really like the border on the item as well. Bobby Hull...not bad. 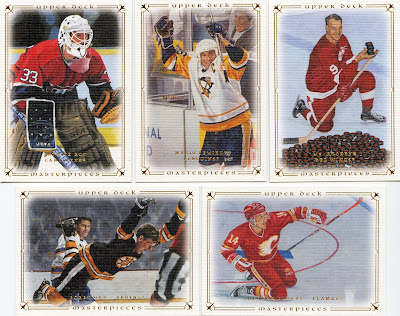 The base cards are really eye catching. Capturing some of the most iconic moments in hockey. How can you go wrong. The quality in the work is fantastic. My only beef is that the white border is a bit of a letdown when you compare it to the insert cards. 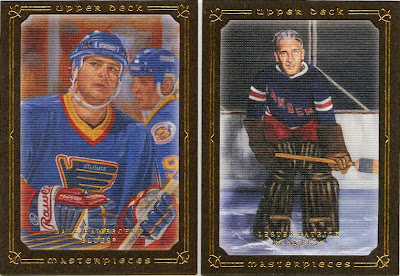 Now these I like. The bordered cards really complete the effect that this set is going for. I had a third card but I was kind enough to trade it away to someone who was building the set. 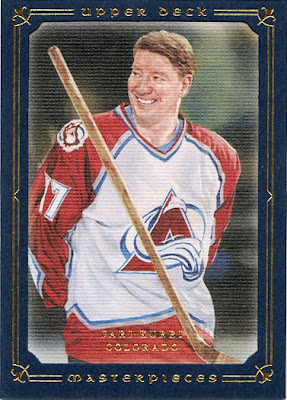 This Jari Kurri card has a blue border and is serial numbered /50. A great box hit...and it's only just beginning. 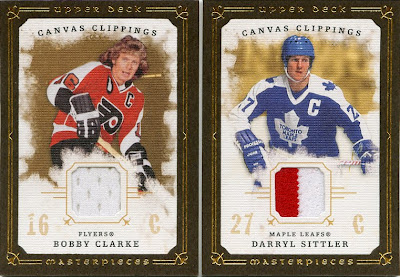 The jersey cards are quite nice. At first, I didn't appreciate what I had. It wasn't until after I opened the box that I went back to look at the cards and realized - hey, I've got a Bobby Clarke Jersey and a Darryl Sittler jersey. Now that's cool. 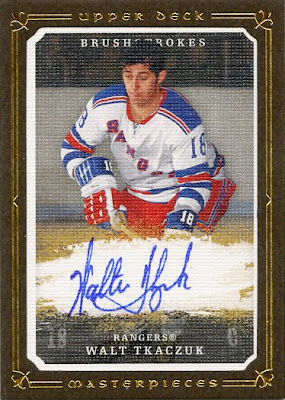 I got two autographed cards in my box to finish off the hits.

This one, Walt 'Don't call me Keith' Tkaczuk is a bit of a ho-hum. He's probably one of the more common base cards in the set.

He's got a neat looking signature and it's hard signed on the card...no sticker. Nice.

But the king of the mountain for this box break really gave me great excitement...even if he is my nemesis. 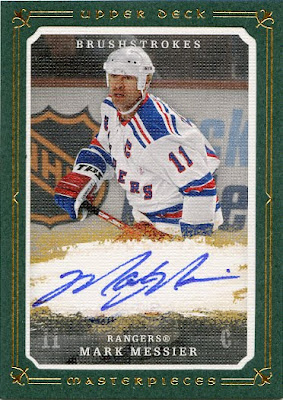 This Mark Messier autograph is the green border version and is numbered to just 15!

Mark Messier in a Rangers jersey...not so much.