And One Step Back.

On Thursday, I received back an unopened envelope containing one of my 'FA Authentic' custom cards I sent out. Sadly, my first attempt at getting a TTM sig failed. 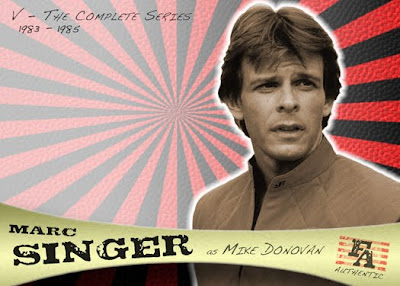 By no means does this make me want to give up sending cards out....I just have not been able to muster up the time to create, print out and package up a bunch of cards to mail out. Hopefully I can get a few in the mail before the end of the month.

With the Marc Singer card, I tried two different addresses (as I received the envelope back on April 6, sent the card out again (with a new address) and now have received it back.

Maybe down the road I will try this addy again...I do have good vibes with this one.

Here are the stats: