RAISE THE CUP - Remember Me

Alright. Let's get back to some of the projects that have caught my attention, been enjoyable to build and have gotten me more organized.

My 'Raise The Cup' project, for those not in the loop, consist of cards that depict players raising the Stanley Cup over their heads. Simple.

The first card that caught my eye was a Lanny McDonald 2008/09 Legends Masterpieces Brown Border card. I loved the look, design and 'moment capturing' aspect of the card.

I have since traded it away. I know, I know....but it was for a good reason, and I had this one which will take its place. 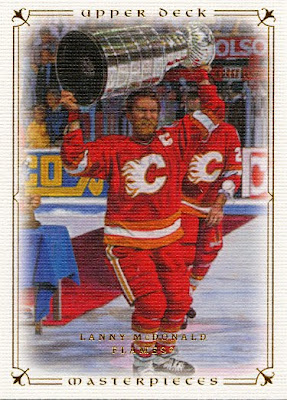 Not quite as nice as the brown border, but still fits the bill for my collection.

Here are some other beauties from that popular set. 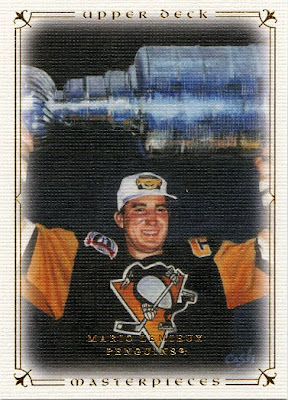 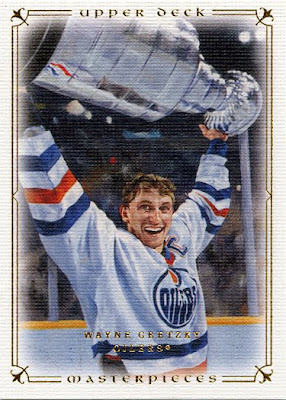 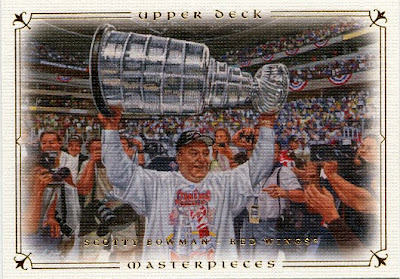 There are so many things I like about the Bowman card....but in the end, I think the t-shirt he is wearing trumps them all. Just nasty.

It could have been worse though, they could have shown him wearing his skates that he tied on for the lap around the rink.

Were they Micron or Daoust skates? Yikes!

Thanks for the look and I hope to build more on this enjoyable project this upcoming season.