I've heard rumblings of a new sportscard book out on the market and tonight I decided to purchase a copy (stay tuned...when I get it, I'll do a little write-up on it). Needless to say, I will pretty much lay down cash for any book relating to hockey cards (sportscards in general actually).

Sadly, there's only a small library of books that I have pertaining to the hobby - it's a shame. I think there are some great topics that could be written about, discussed and cherished. We need to see more hockey card literature out there.

Anyways, I chose a book in my stash that I thought I'd share with you. As Jack Black would say in 'School Of Rock'...."Be prepared to have your minds blown." 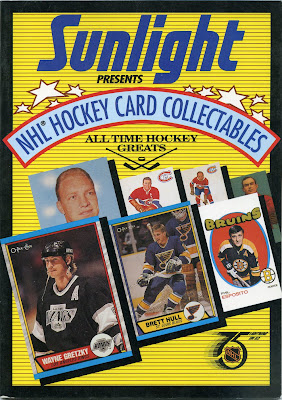 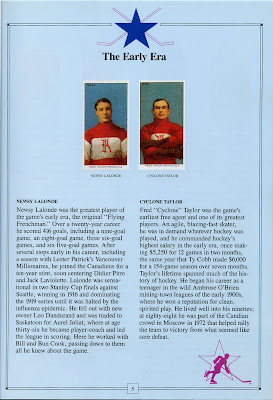 Now, the first thing I noticed is the player bios that accompany each picture gives absolutely no information on the card, the year, the manufacturer - nothing. The lack of hobby information was big disappointment in my opinion as I realized quickly that this is nothing more than a who's who of hockey....not cards. At least they decided to include some pics from the Imperial Tobacco era. 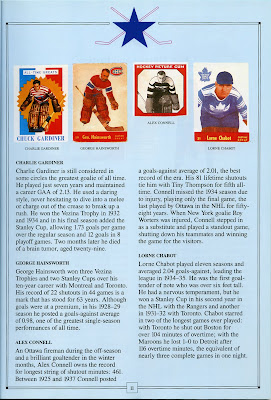 I'll admit though, the use of cards to assist in illustrating each of these great players is better than nothing. Again, a little deceiving when it comes to what the book is actually about.

The book does a nice job of using a wide range of years and products, but I would have been happier with more pictures and less words. After all.....I'm a boy. 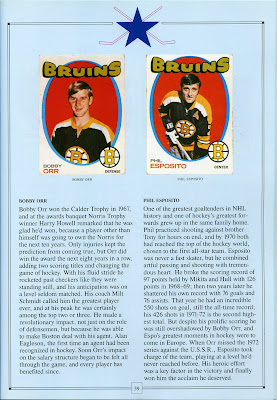 Getting into the 70's, I started to identify more with the cards and players used (as I have found myself collecting some of these in the past). I never really dipped into cards before the 1960's, so those all looked good to me. 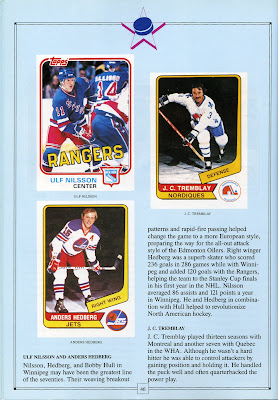 The late 70's teased me with a couple WHA card photos. Now, why not have a whole book on WHA cards (ideas here people). I also noticed that the player selection is a little on the broad range (I don't think Ulf Nilsson's getting too much face time these days). It's not just your best of the best. I didn't mind that. 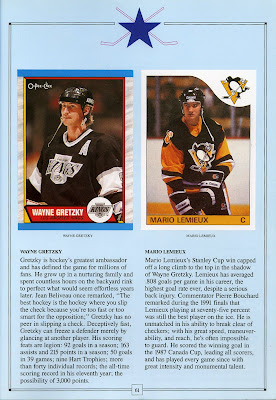 The Gretzky 'representation' was this overproduced selection from 1989/90. A terrible choice if you ask me. He's had some amazing cards throughout the 80's and none get even a sniff of a chance.

I think the only saving grace with this book is that I bought it at a used book sale last summer and paid .50 cents for it. That's about how much hockey card information you'll find in it. Told ya' I'd blow your mind.

Let's hope the next book to come in has a little more bite to it.
Posted by bamlinden at 12:44 AM