Innovative? Challenging the status quo? Or sacrilege? It seems there are two very distinct feelings towards Upper Deck's latest concept.

Recently, Upper Deck released its Marvel Beginnings product. In it, a very interesting and much talked about insert set. It's called "Ultimate Panel Focus". 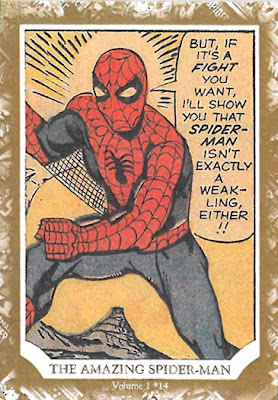 In a nutshell, it's like a cut autograph, except the cut comes from a panel of a vintage comic book from the golden era.

Now, the comics used to cut the panels out are in very poor condition, but nonetheless - they are the real deal. 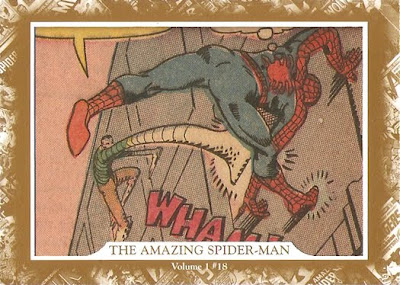 These cards are numbered (based on the comic issue) to less than 70 copies. And the variation for each issue obviously is based on how much they can squeeze out of the print. 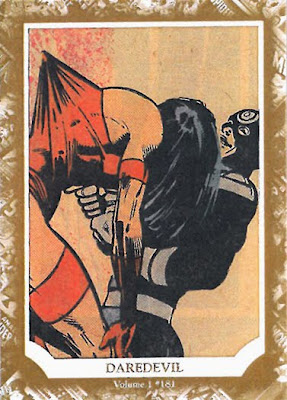 There is a blog post by Upper Deck with more details on the product (and they have a ton more scans).

I also found this neat video on how the process of cutting up the comics is done. NOTE: I want me one of those nifty die-cutters! 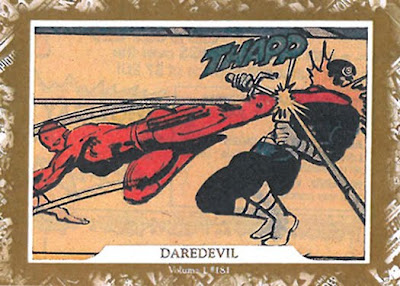 So, what do you think of this? Is it really any different than seeing a jersey being cut up and glued on a card? And not just any jersey.....but the most important jerseys of all time. What if it was the Paul Henderson 72 Summit Series jersey? Where does the line get drawn? (see that....I did that just now)

I for one think the idea is pretty cool. To own a piece of a historic publishing, to even be able to pull one from a pack is pretty neat. I like the idea as well because it's something that hasn't been done before. New, fresh twists on things add excitement to the hobby for me.

I like the simple design layout of the card, but wish they stepped away from the beige border. Something with a little more contrast would make the panel pop a little more. As well, a little variation (maybe by comic or superhero) would better distinguish what one gets.

I'm curious to see how far they take this idea. How rare a comic would they consider chopping up? Only time will tell.
Posted by bamlinden at 1:18 AM