I think the funk I was in is officially over.

While I didn't manage to go skating with my niece and nephew (that's in the agenda sooner than later), we did go glow-in-the-dark bowling tonight.

A fun time just being goofs. It can't get much better than that.

Earlier in the day, I made the quick trip to the monthly card show here. One that I have been going to for years. I missed last month's show (the first of the year), but was determined to make it out this time. Especially since Dominion was hot off the presses for the shows.

And the tables didn't disappoint.

Rarely do I track down even one Linden at the local shows. Today, I found three (actually four.....you'll see). 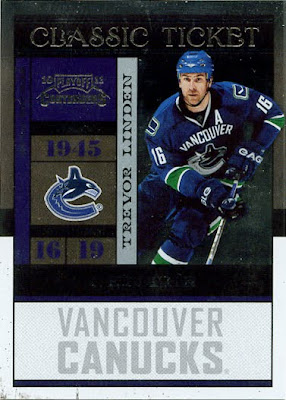 2010/11 Panini Playoff Contenders
Classic Ticket #103
A simple base card that I decided I wouldn't pick up off of ebay. The price to ship it is more than I was willing to shell out for the card.

I finally tracked down a copy. Still paid more than I needed to, but for a toonie, it was worth being able to scratch it off the list. 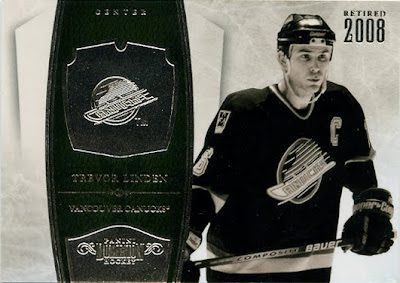 2010/11 Panini Dominion
Legends #150 /99
Another base card. This one I severely overpaid for, but again I felt it was worth it since I was able to pick it up locally. Plus, the guy I bought it from always seems to have good deals and is fair to work with.

He also happened to have this on his table... 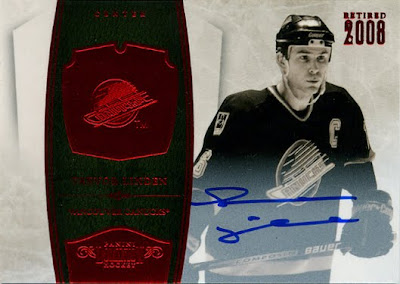 I asked what he wanted for it, he named his price, it was a little more than I wanted to pay for it, but again....you just don't see these cards at the shows.

So I jumped at it. I was happy with the deal.

Until I moved down about three tables... 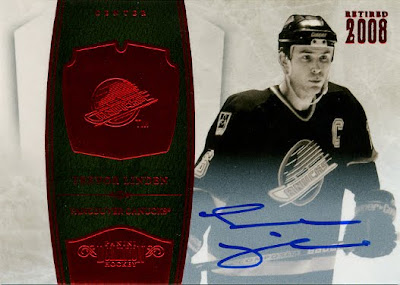 Yup. Wouldn't you know it.

I just shook my head. I asked how much he wanted for it. His price came in at almost half what I just shelled out for the other one.

And to add salt to the wound... 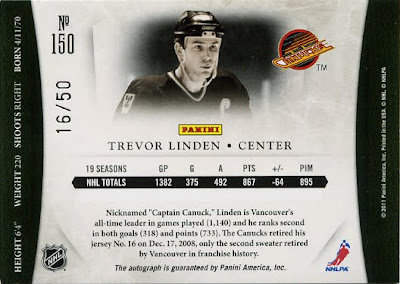 It's the one numbered to his jersey #16.

Not that it makes much difference to me, but it can provide a small premium to some collectors.

I figured what the heck....so I picked that one up too. It'll be a nice trader down the road.

I never thought I'd find two identical Linden autos /50 at the same show.

I learned my lesson today.
Posted by bamlinden at 12:36 AM