It has been a mighty long time since I've posted a 'Scribbles & Scribes' entry, but who am I to deny longtime reader Michael over at Collecting For Kicks from enjoying one of his favorite topics.

So I did some hunting and searching and digging.....scouring the Internets for scribble goodness (actually, it was the scribe that naturally took a while to track down - BUT I FOUND ONE!).

And believe it or not, he still plays in the NHL. So it's a rare one. 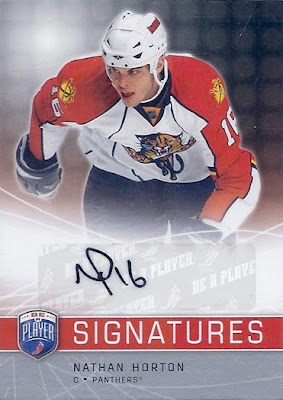 For those of you who were unaware, Horton sports the number 16 on his jersey. Thanks for letting us know Nate.

It never ceases to amaze me just how ugly looking a bad autograph can be.

It almost makes me want to start a new side project - Ugly Autos. 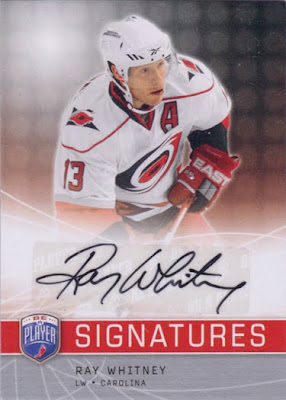 Ray Whitney
SCRIBE
Hey? Yeah? I think we have a winner!

I see some legibility (is that a word? it doesn't have a squiggly line under it....so it must be good). I see both capital letters and lower case. I see a first name and a last. And I see it all along one straight line.

It meets the checklist of scribe.

Granted, Ray is on the tail end of his career (can you even name the team he's playing for?). I can.....I took him in one of my pools.

Thanks for the blog post suggestion Michael. Hope you liked it.
Posted by bamlinden at 11:02 PM