I am weak and I know it!

But I just had to open a box of In The Game's newest product, Captain-C.

I made the mistake of going to the local card store last weekend to buy one-touch cases for my newest Linden additions.  In the display... 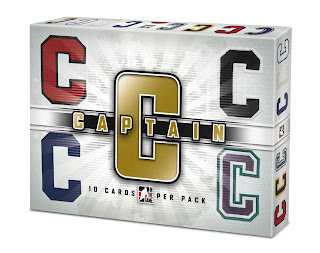 There were two boxes left.  The last time I was in....there were none.

So I hummed and haaaaaad and eventually said "Let's do it".

I was having a mild case of buyer's remorse just ripping the plastic wrap off the box.  But I just had to give it a go myself.

Here are the goods. 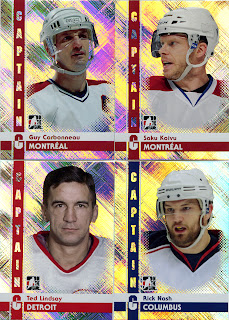 The base cards are simple, but I like them.  They all look the same (a nice close-up shot).  What I like about these is that in most of the pics, you can see a bit of the 'C'.  It just adds to the whole theme. 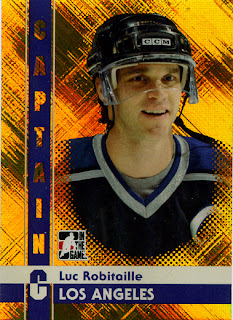 There was one gold base card in my box.  This 'Lucky Luc' is limited to just 50 copies.  I like that too. 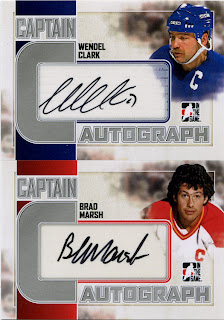 The Brad Marsh would be considered one of the iffy hits in the box.  Not much in the way of wow on that one. 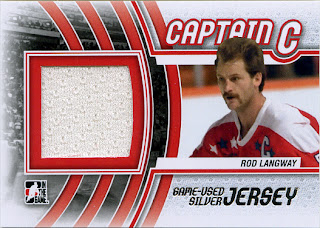 A Rod Langway jersey card.  It's about as vanilla as you can get.  Boring. 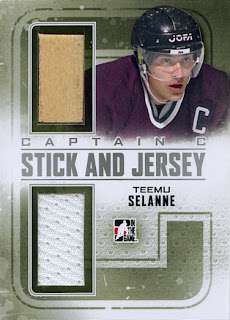 Now here we go.  A Teemu Selanne Stick and Jersey with a print run of just 40.

I didn't realize Teemu was so old.  Wood stick?  Plain wood color?  Nice of ITG to match it up with a white jersey swatch.  Ouch. 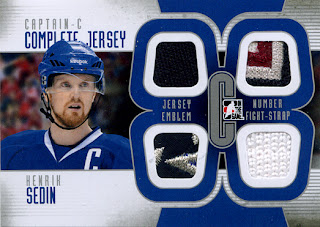 But if there was some light at the end of the tunnel, it would be this beauty.  A Henrik Sedin Complete Jersey.  Just 9 copies.

And a couple of gorgeous patches.

This card is already spoken for and I was essentially able to pay for the box with it.

Of course, I made the mistake of thinking that when I was in the store.

Yup.  I bought the last box.  What's the rule?  Never leave the last pack in the box? 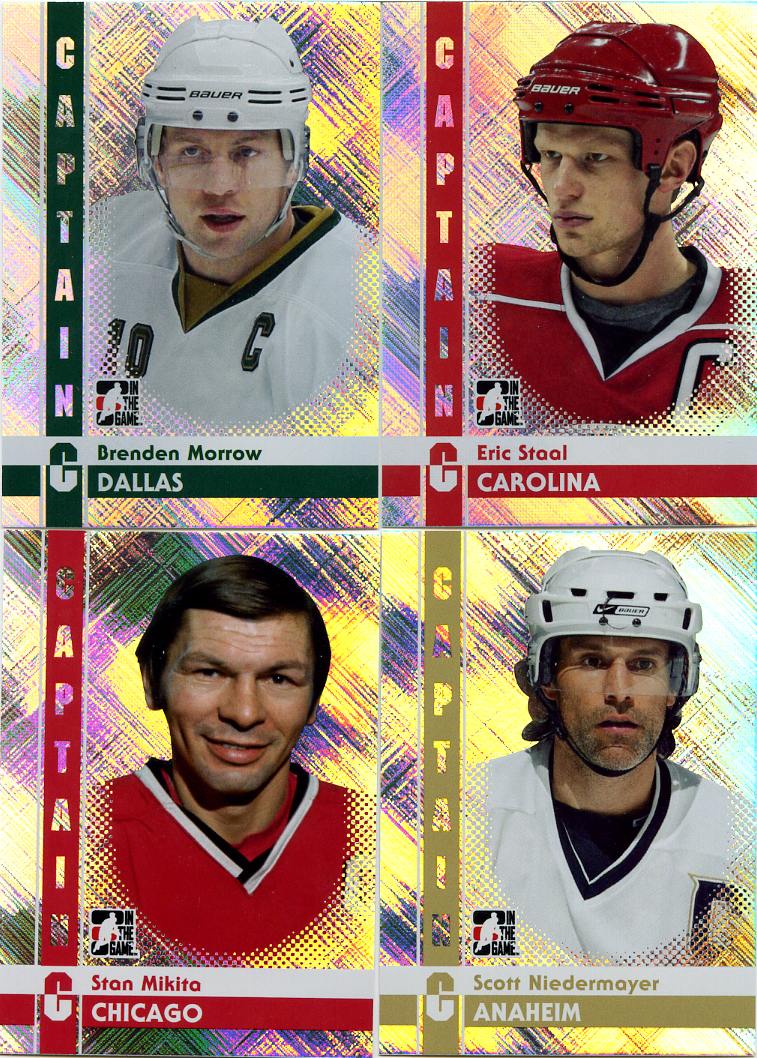 Box two had nothing to write home about in terms of base.  A sign of things to come? 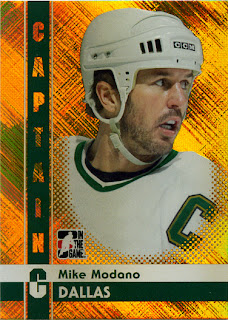 Of course I would hit a Modano gold.  He's forever linked with Linden (as the tandem went #1 and #2 in the draft). 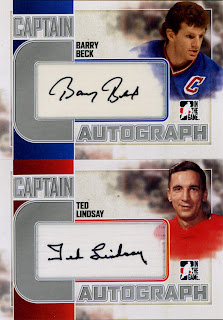 Barry Beck.  I will always associate you with the Colorado Rockies.

Ted Lindsay.  Very nice auto, but you see way too many of those out there these days. Hoo boy.  Chris Pronger.  And is that a two-color jersey?  I need a ruling. 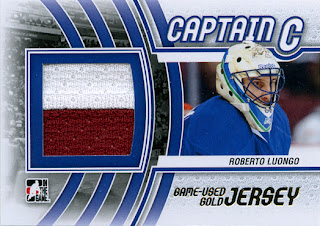 A bit better.  This two-color jersey is the gold version and is limited to just 10 copies.

Still odd seeing a goalie in an all-captains product. 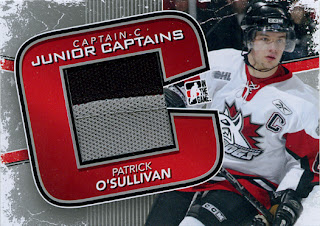 Ouch!  I don't know what to say here.  I'm not one to collect junior players (or junior memorabilia) so this card is of little interest to me.

I highly doubt I'll come anywhere close to getting my money back on this box.

At the end of the day, I gotta say that I enjoyed this break.  I like how ITG added a base card element to this release.  You get the thrill of the 'hits' but still get the excitement of building a base set.

Driving home, I was thinking of how many Linden cards I could have bought if I had invested differently.