I stopped by one of the card shops close to where I live over the weekend.  I had a bit of time to kill, wanted to see if there were any new display cards in the showcase and most of all - I had the urge to rip into a few packs.

Now I debated picking up something a little higher end, but I kept thinking in the back of my head that there were a ton of new Linden cards that have been recently added to the wantlist (thanks to UD The Cup) and so I didn't splurge too much.

I wanted to try my hand at the new Score product (that post is coming soon), but I saw the box of OPC calling me and I couldn't resist. 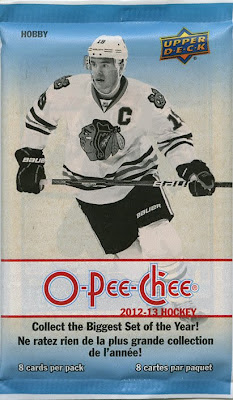 With 8 cards per pack and a number of parallels and inserts included, I had a good feeling about this. 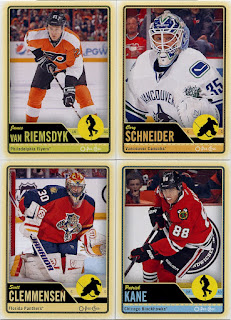 54 base cards.  The photo selection is a little better than the last bunch, but still not much 'wow' factor.  The best of the bunch are scanned.  It drops off quickly after that.

Also in the mix were 3 Marquee Rookies and a single Marquee Legend. 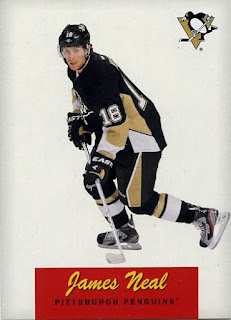 7 Retro base cards.  I still like the simple design of these cards.  The look of these cards really limits the type of photos that can be included - which really suffers here.  But still, I like them. 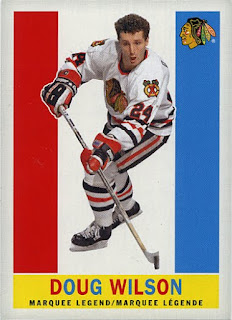 In addition to 2 Retro Marquee Rookie cards, this Retro Marquee Legends card was in the mix.  I don't know what it is about these cards, but I really like them.

In a million years, I would never design something like this - so simple, so straight forward - but man is it eye-catching.

I picked up a couple others at the last trade night.  I like them so much, I might just try to build the subset (or at least get enough to build a 'One Sheet, One Set' quickly. 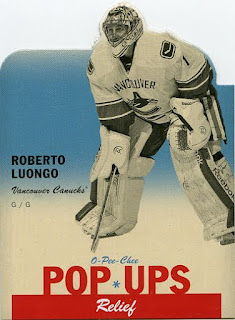 Here's the first one of these I've pulled.  These gorgeous Pop Ups insert are really slick.  The die-cut top and vintage style fonts really appeal to me.

I recently found out that these cards were actually inspired by these. 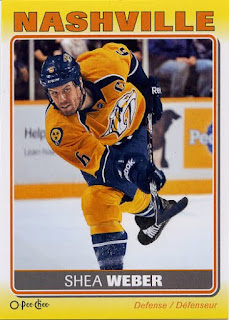 There were 3 stickers included in my pack rips.  And I have to say that the photos used are far superior to what's dished out on the regular base cards. 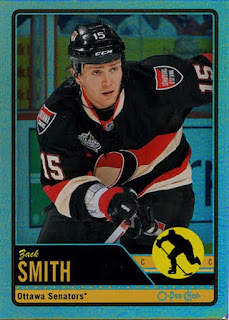 Now the part of the show that I find pointless.

Here's a rainbow parallel card.  It's shiny, it's nice, but completely unnecessary.

There's already a base set, a retro base set, now a parallel base set?  How many cards does a person need to chase? 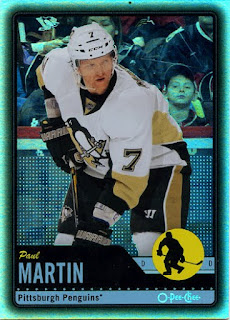 Apparently a lot, because here's a black rainbow parallel.  These are numbered on the back /100.  The cards are so similar that it's pointless.

Of course, this is coming from a guy who would be drooling if it were Linden cards.  But still - 4 different versions?  Five if you include the red border parallel that you can get via a wrapper redemption.


Now that leaves me with just one card left to show.  And in fact, it was in the first pack I ripped open.

I saw a 'thickie' inside the pack and immediately knew what it was.  I left the reveal to the end.  It's all about the suspense right?

Well, I carefully pulled away the top base card to reveal one heck of a pull. 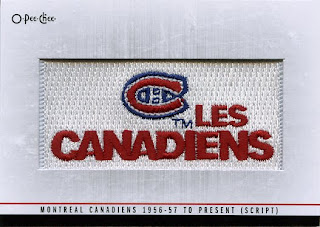 Oh yeah.  Now we're cookin' with gas.  I was pretty pumped to pull a team patch card to begin with (they fall in 1:96 packs....so I really beat the odds) but to get one of a storied franchise like Montreal, even better.

I'm pretty sure I'll be able to trade this for something nice for my Linden collection.

These team cards have created quite a stir in the hobby as the 100-card set is something many would like to pursue.  Sadly, some of the patches are so short-printed that not everybody will be able to build a complete set.

I know I'll do my part to help.  This one will be up for grabs.


Overall, this product delivers pretty darn good bang for your buck.  A few little tweaks here and there and this could be Set of the Year material.  I think it's that good.  Fun for the set builder, fun for the player collector and fun for the person looking to build the patch set.

I'll just stick to the Retro Marquee Legends.  Less harm on the wallet.
Posted by bamlinden at 7:20 PM