'DID YOU KNOW' - The Original Six Tour

There have been a number of NHL players through the decades who have come and gone with little more than a whimper or dent in the history of the sport.  Not everybody can be a superstar.

That said, I believe there is an intriguing story that sits within every single player to have laced up the skates and played pro hockey.

For Vic Lynn, it was the bouncing itself that made him unique.

He came into the league in the early 40's and although he had exceptional speed, he didn't click right away with any of the teams he played for.  But his determination and fortunate bounces wrote a very memorable 20+ year career.

So what made Vic so special?  What was it about him that was unlike any other player in the league (before...or since)?  What's his story? 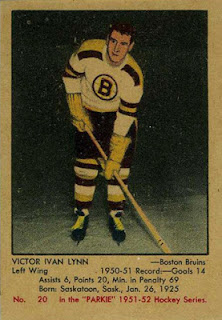 DID YOU KNOW: Vic Lynn is the only player in NHL history to play for all six 'Original Six' teams.

Think about that for a second.  He put each of those great sweaters on at one point in his career.  But only by the slimmest of margins did he accomplish the feat.

His quest started with the New York Rangers.  And it lasted just one game.  One....single.......game. 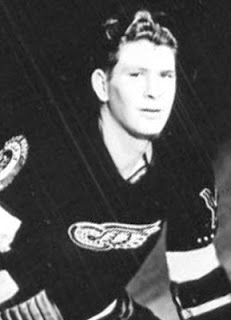 In 1943 Vic fell in with the Detroit Red Wings but failed to impress the coaches and management.  He lasted just three games with the parent club before being demoted to the farm. 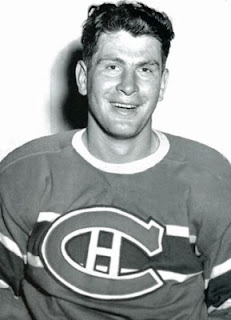 In Montreal, it was just two tilts.  So that's six games with three teams.  That in itself is pretty incredible.

But his hard work and determination were about to pay off. 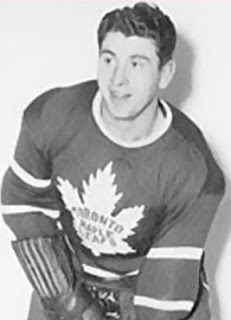 In 1946, Lynn would catch the eye of Toronto GM Conn Smythe.  Smythe was looking for some fresh talent and a spark to his Leafs team.

The match would lead to some of his best years in the league.  He was teamed with Howie Meeker and Teeder Kennedy to form the 'K-L-M Line' and the trio clicked.  So much so that the Leafs won the Stanley Cup three years in a row (1947, 48, 49). 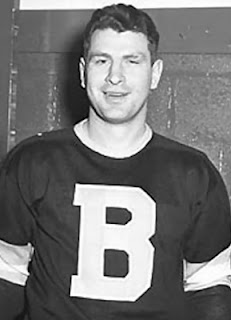 In 1950, Lynn was traded to Boston.  A pretty big trade at the time, he was sent along with Fern Flaman and Leo Boivin among others.

After a little more than a full season with the Bruins, he was sent to the minors. 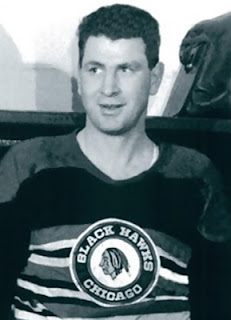 His hard work gave him one more kick at the NHL can.  This time with Chicago.  He registered just a single goal in 40 games for the Hawks often playing games near the end of the year.

In 1953, he was sent down from the NHL for the final time.  The remainder of his career was spent in the minors as a player/coach. 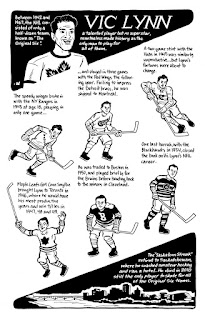 And while there may be a player who plays for all six franchises down the road (after all, they do play a lot of 'revolving doors' in today's NHL), the fact that is was done when all that existed was the Original Six makes this accomplishment quite impressive.

Vic Lynn passed away just a couple short years ago at the age of 85.  I tried to find an interview with him talking about his unique NHL journey, but to no avail.

Posted by bamlinden at 3:25 AM