RAISE THE CUP - The Century Mark

A recent mailday has allowed me to show off card #100 in my Raise The Cup project.

Out of all the mini-projects I've got going on in my card collecting, this pc is one that I think I'm most proud of.  It really showcases the fact that collecting can be anything you want - YOU make the parameters.  As well, card collecting doesn't need to cost an arm and a leg to enjoy.  Many of the cards in this project are simple base cards. 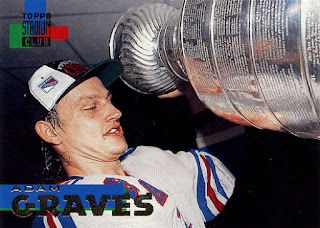 Adam seems to be doing more struggling than enjoying.  No problem there since he's lifting the Cup that my Canucks could have...should have won in '94.

There were a number of cards from this release that showed Rangers with the Stanley Cup.  The one year they had to go that route eh? 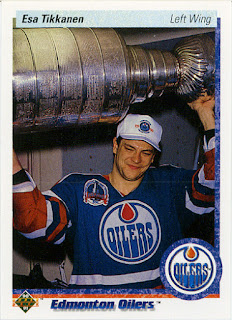 Oh Upper Deck.  How your simple Series I and II releases have become the mainstay and "go to" for so many.  The photography is solid and the card design (albeit simple) is always consistent.

Esa seems to be less than impressed about his Cup victory.  He must have given Graves some lessons in New York. 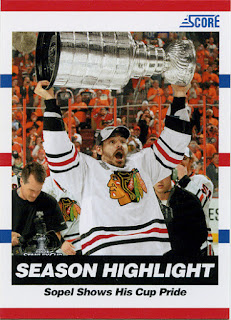 Brent Sopel has a Cup and my guy doesn't.  Ugh.  He looks as shocked as I am at the fact.

Actually, this photo is exactly the kind of photo that makes this project enjoyable.  It's that moment where they live the lifelong dream. 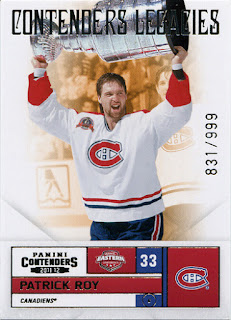 Another card from this solid insert set to add to the collection.  This one has most of the Cup in it.

After looking at this card, I've come to the conclusion that somebody needs to come out with a Raise The Cup insert set, with hard-signed autographs on each card, that isn't going to cost collectors an arm and a leg.

That would be one sweet set to build.