'DID YOU KNOW' - A Quick Start

When we think of first goals there is probably none more popular than that of Mario Lemieux.  First shift in the NHL, first shot on goal, big hype, big celebration....what more can you ask for.

And that player had a pretty amazing year leading into his first NHL game in 1980.  He was just a 20-year-old kid when he won an Olympic gold medal as part of that 'Miracle On Ice' team from the United States.  He was drafted 40th overall by the Winnipeg Jets and had 18 points in 15 games during his first year in the big leagues.

But it was his first goal in the NHL that has remained one for the record books. 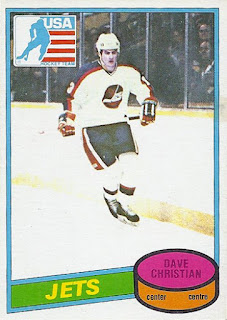 'DID YOU KNOW': Dave Christian holds the record for scoring the fastest goal to start a career.

Now Mario's goal was fast.....but nowhere close to that of Dave Christian.  Imagine being on the ice to start the game, jitters and nerves.  The puck drops and history is about to happen.

So just how fast did it take for Dave to pot goal number one? 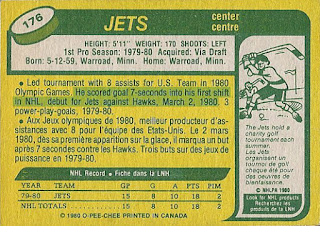 How about 7 seconds.  SEVEN.  In the amount of time it will take you to read this sentence, Dave Christian will have started his NHL career and scored his first NHL goal.

He could retire right then and there and have a pretty solid hockey resume.  But he quietly had himself a very solid 15-year career playing for the Jets, Capitals, Bruins, Blues and Blackhawks.

But the Christian name doesn't end there.  Back in the 1970's, Dave father (Bill) along with his uncle (Roger) founded the Christian Brothers Hockey Company.  Their primary product - hockey sticks. 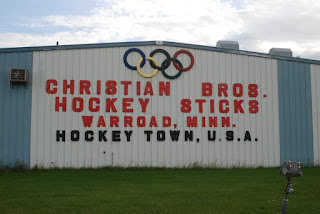 Christian hockey sticks were a staple for Dave, his USA teammates in Lake Placid and for thousands of hockey players around North America.  They were one of the most popular brands throughout the 80's.  In 2002, the brothers sold their business because they could no longer compete with the larger Canadian hockey companies.

A great article on the Christian hockey stick venture.

It'll take you more than 7 seconds to read it though.

Now You Know.
Posted by bamlinden at 8:09 PM