Last day in July.  Deadlines have come and gone and now it's time for an extra long weekend.  I am so very much looking forward to the next five days.  Relaxing, work-free, getting caught up on some things at home and (knock on wood) a little golf.

I'm also anticipating some new Linden cards coming down the pipe over the next month.  She's been thinner on quantity (but solid on quality) but I've been a little less aggressive over the summer in tracking down some cardboard on the wantlist.  The upcoming release of ITG's Decades 90's should have me shifting gears as I've been anticipating the release for over a year now.

Back to this month's book.  I watched a great documentary a while back called Bones Brigade.  It's about the evolution of skateboarding in the 1980's.  An excellent film and highly recommended.  The one person who I found extremely interesting to listen to was a guy by the name of Rodney Mullen.  He is essentially credited with creating street skating as we know it today.  His skill and technical ability is off the chart (as is his drive and determination).

But it was his voice and words that has me glued to the screen.  An incredibly smart person, his descriptiveness and unique use of the english language had me riveted.

Not long after watching the film, I was at a used book sale and happened to come across his autobiography.  It was not only a must grab....but an easy selection for immediate reading.

July's book is about the life and times of Rodney Mullen. 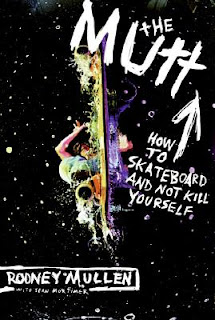 I may have gone in with high expectations on this book.  While I found it to be an interesting read (and an interesting life of his to this point), the tone wasn't what I was hoping it would be.

I think that was more to do with Sean Mortimer than Rodney Mullen himself.  I had a hard time "hearing" Rodney in the words written.  Take a listen to him giving this TED Talk seminar and you'll see the kind of eccentric person Rodney Mullen is.


His interview in the Bones Brigade doc is even more interesting.  But the energy and enthusiasm doesn't always come across the page.

It's still an interesting read and I don't regret reading the book, but this was one of the first times I didn't "hear" Rodney in the pages.

What I really enjoyed though about the book are some of the themes.  Effort, determination (bordering on obsession), passion, dreams and goals.  And although it's mostly a negative tone throughout the book, his relationship struggles with his father was something I found interesting.  The mom-son bond was very, very different than the dad-son bond.

At the end of the day, if you're a skateboard fan or just fan of people (younger guys especially) pursuing a passion....this would be a solid read. 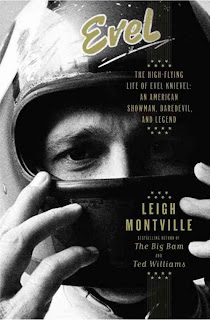