The slow start to the year has continued into February but I am sensing that things might ramp up a bit.  In The Game has posted the checklist for their newest product Stickwork and Linden shows up on 8 cards (4 silver versions and 4 gold 1/1 parallels).  I'm curious to see the print runs and initial pursuits on his cards.  I will be holding back a bit but will probably jump in at some point.

Today was a rare sight for the mailbox in 2014......a yellow bubble envelope.  I knew what was inside (as it was the only card that is on the 'incoming' list right now). 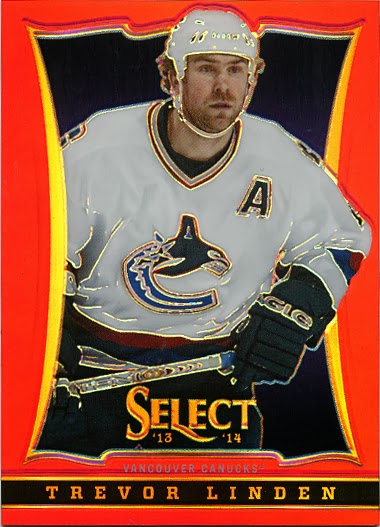 When I first heard that Panini was doing a Black Friday Promo for Select, I was kind of excited.  A good chase number (35 copies) and who knew if all the cards were distributed.

I waited patiently for prices to come down on the card and during my wait I received a comment on these boards from a person saying they had a copy of the card if I was interested.

We worked out a trade - YES...A TRADE!  Talk about old school.  And the bubble mailers were sent off.  I received my end of the deal today, but there was more than just the Linden in the mailer. 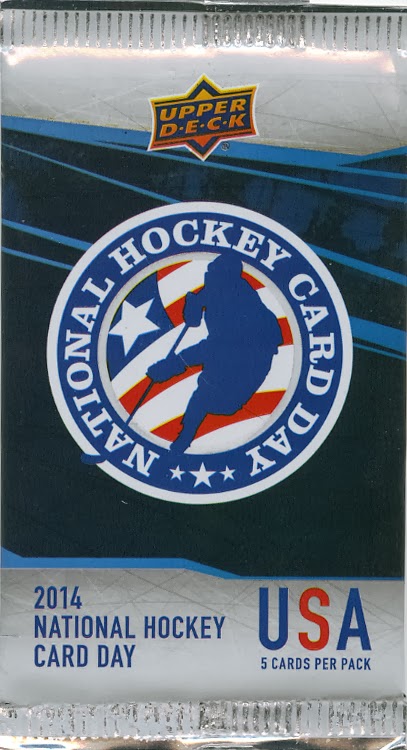 This is cool!  A couple weeks ago Upper Deck held their National Hockey Card Day in both Canada and the US.  I didn't get out to any shops for my free packs but was thrilled to see a US pack in my envelope.

I had my eye on a certain card from the set and sure enough.... 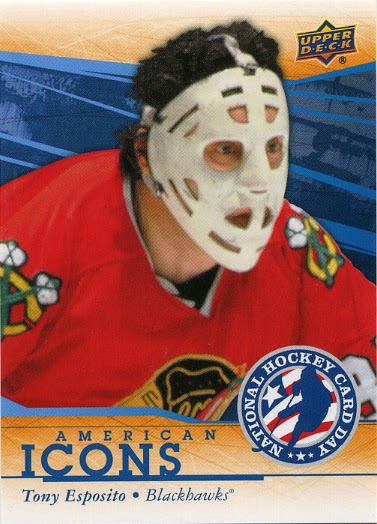 Ka-ching!  What a great card and a cool looking mask.

Now you might think that Tony should be in the Canadian set - after all, he was on the 1972 Team Canada during the Summit Series.  But did you know that he also suited up for Team USA at the Canada Cup in 1981?  It says so right on the back of the card. 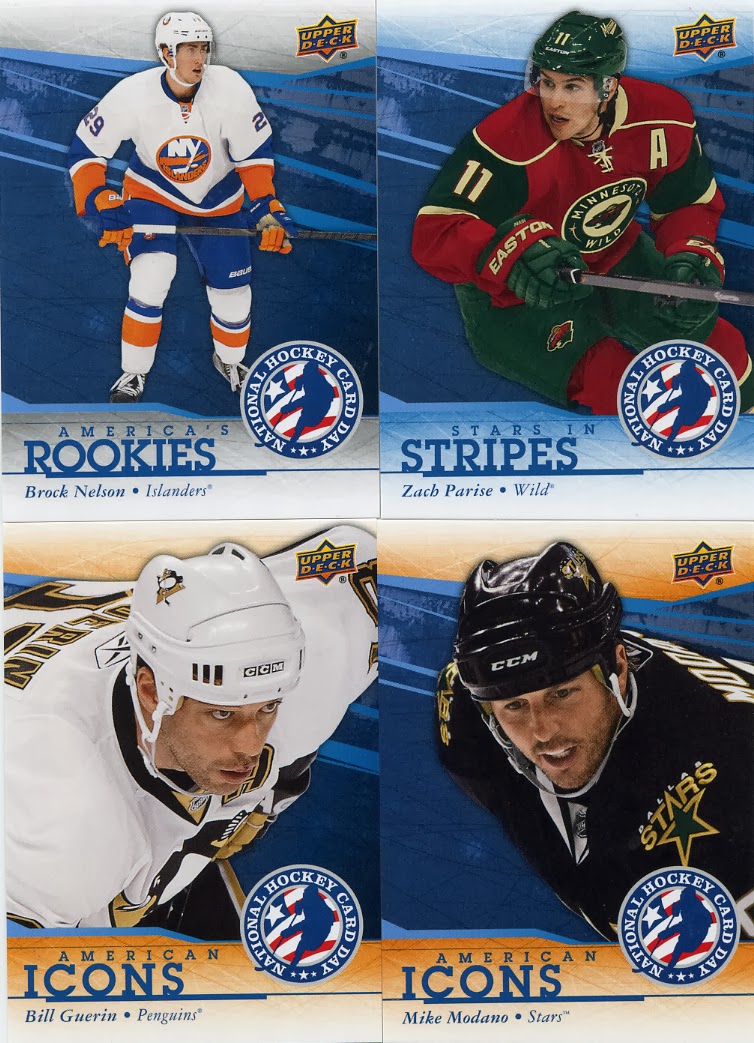 Here's what the rest of the pack yielded.  Nothing spectacular, but still very cool to get some cards that I otherwise would never have come across.

And what's better than one free pack?  How about two. 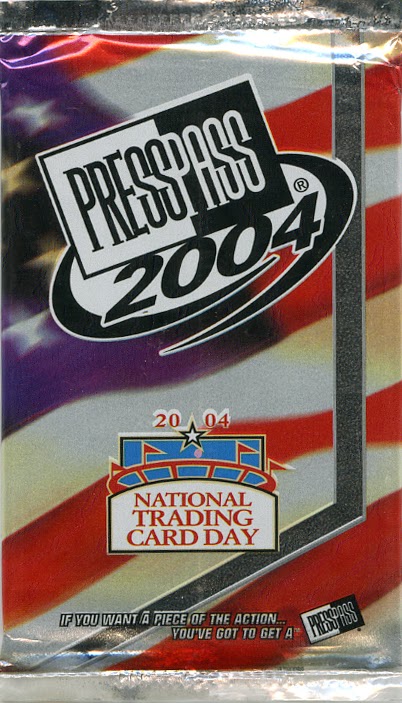 I had to do a double take when I saw the year.  I thought at first it said 2014 but then noticed it was a decade prior.

I've never heard of this promotion so it was really exciting to rip open this wrapper. 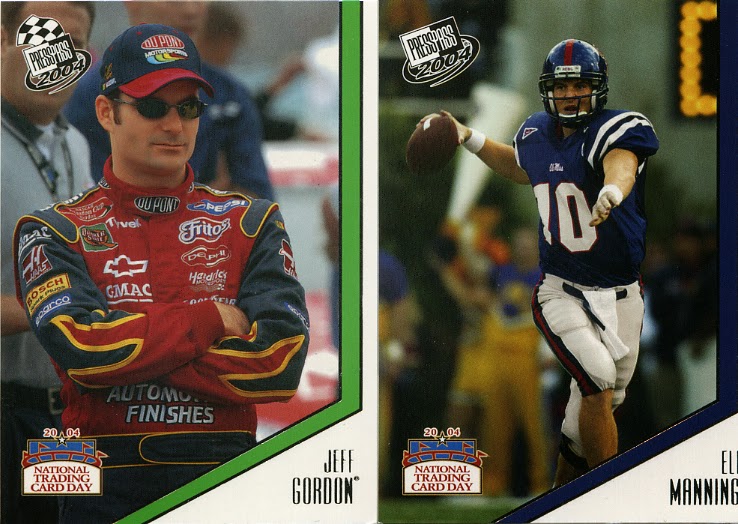 Out of the two football and four NASCAR cards in the pack.....these would be the best two.  Again nothing special, but the generosity and thoughtfulness is what I was really taken by.

So thank you very much Duff for reaching out to me about the Linden, for a seamless trade and for the bonus goodies.  I really appreciate it.
Posted by bamlinden at 11:13 PM