I have been anticipating Leaf/ITG's latest release for a number of months now.  Ultimate Memorabilia 13 is a high-end product oozing with gorgeous memorabilia cards of the game's greats.  And for the past couple of years, my guy has been piledriven into the product.

So you can guess my excitement level as I was waiting for the checklist to be released in advance of this latest onslaught.

Not a single card of Linden is in the entire product.

But whatever it is, I gotta say that I'm pretty happy he's been passed over in this product.  For more than one reason.

It eases my wantlist considerably.  With Panini's Prime and National Treasures along with Upper Deck's The Cup, I've gone through the "high-end" hills with little damage to the list of cards I need.  Sure there are a few that will be pricey....but nothing compared to year's past.

It helps me ease back into the current hobby season.  I'm still getting comfortable with how I want to approach the collecting season this year, so having fewer big ticket cards to think about surely helps.

Last, and most importantly, I don't like what Leaf/ITG has done with the cards. 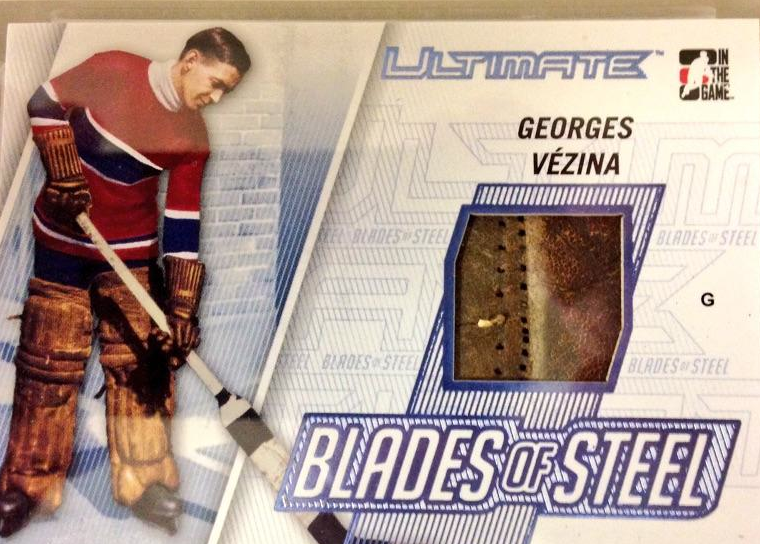 This is an example of one of the beautiful memorabilia pieces that will be in Ultimate Memorabilia 13.  A sick piece of game-used skate from Habs legend George Vezina.  But what do you think I see sticking out at me?

Airbrushed out of the shot.

Now I realize that ITG for years has not had an NHL license so they are not able to use logos.  Leaf obviously is in the same ship.  But I didn't mind what ITG did in the past with headshots.  It made the photo seem more authentic (albeit limiting).

To not the the Montreal logo on the front of this jersey just ruins my enjoyment of the photo.

Now this isn't the first time airbrushing has been used on hockey cards. 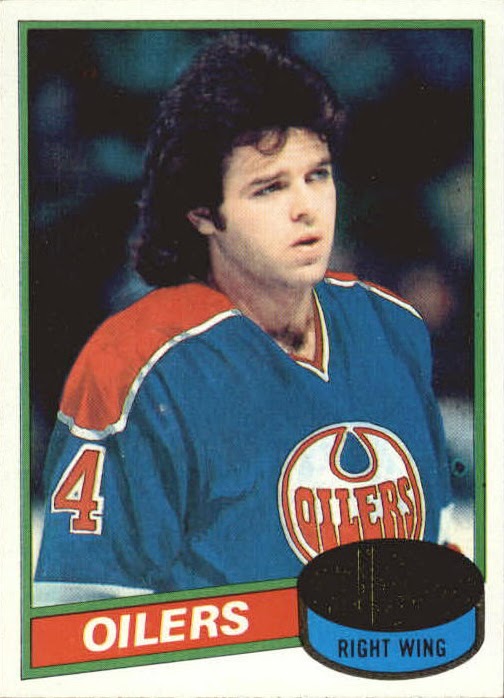 The 70's and 80's were riddled with cards of players who were traded or moved to new teams.  So guys highly skilled in Pencil Crayon 101 were hired to fix the problem.

Some of my favourite cards from that era are smattered with these "corrections". 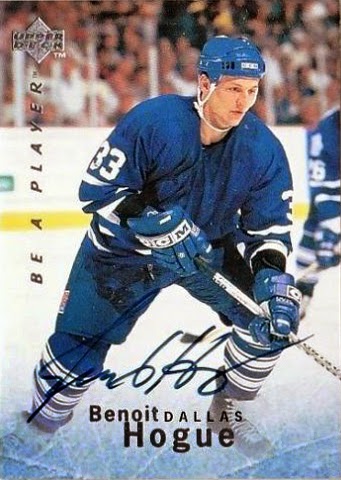 Upper Deck for a couple of years released a Be A Player product that couldn't use logos.

Awkward player contortions, lame side shots and the odd logo airbrush made for some less than desirable photo selections.

Or worse, have guys hangin' out away from the rink.  Ugh....those cards bring back bad memories. 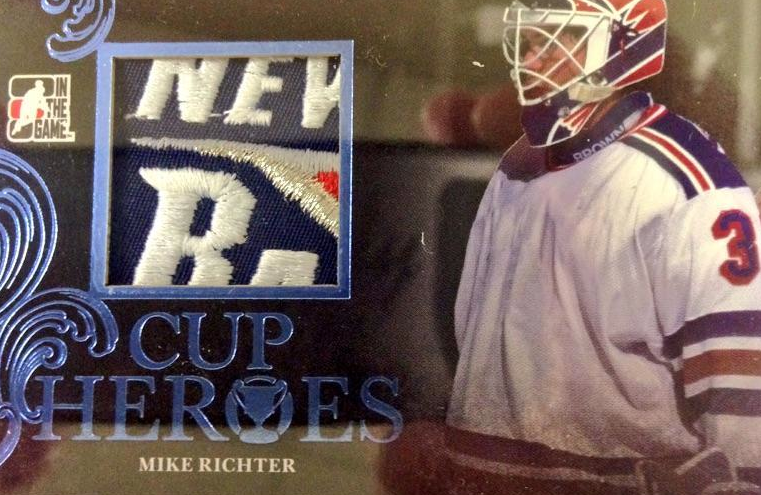 But these photos put out by Leaf during the packing process for UM13 has left me completely turned off of the product.

And relieved that Linden is not among the bunch.

Funny thing with this Richter card is that part of the Rangers logo makes up this sweet patch.

Is that ironic or what. 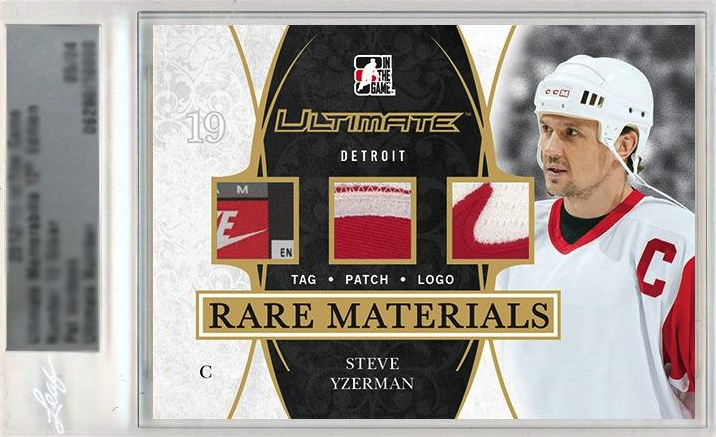 Overall, I get WHY they need to airbrush.  I just don't like that they have chosen to go this direction.  I would have thought they would have tried going this direction with more of a mid-range release (as opposed to one of their bigger ticket items).  I'm curious to see what the reaction will be when the product comes out next weekend.


What are your thoughts on airbrushing?  And what Leaf/ITG has done with UM13?
Posted by bamlinden at 9:03 PM