LINDEN CARD(s) OF THE WEEK - A Treasure And A Diamond

Wow.  It's been a while.  Time is definitely flying as I'm in the final days of my 2014 work season.  The Christmas break can't come soon enough.

Nonetheless, things have been pretty quiet over the past couple weeks in the hobby world for me.  I've slowly started to nibble at the Artifacts tree and should have a little show and tell before too long.  I also picked up some cheap mask cards on ebay and am expecting them any day.  Again...look for some scanning.

But tonight was the final trade night of the year for one of the two shops that hold the monthly event.  I knew that even though it's been busy....I needed to make the trek out there.

And I'm glad I did.  I grabbed two more Linden cards for the collection.  One was a nice trade and the other came as a big surprise. 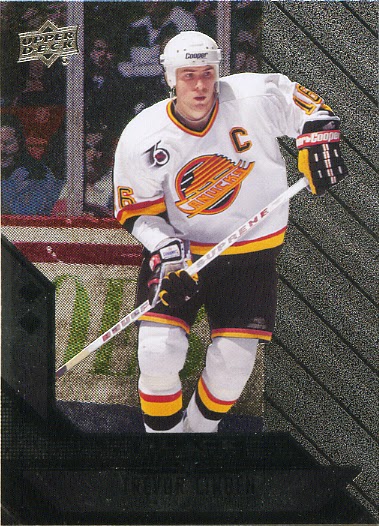 This....is the surprise.  Linden has made his way into Black Diamond for the first time in almost a decade.  I did not see that coming.  But I like it.

This.......scan is of the base card.  Horrible.  But they look great in person.  I really like the photo Upper Deck used say for the fact that it's the exact same one that they threw on the UD 25th Anniversary Redemption giveaway at the Toronto Fall Expo.  Still, vintage Linden pics are always welcome.  That Cooper helmet rocks!

So what's the Black Diamond damage you ask?  Or even if you didn't....I'm going to tell you.

That should make for a nice chase and I'm already 20% of the way there.

If it were only this easy for all the products. 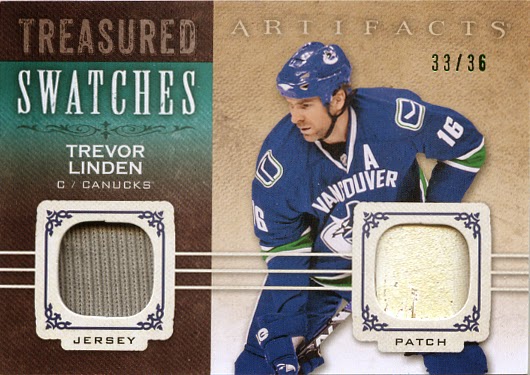 Speak of the devil.

Artifacts has ruined my wantlist with 19......NINETEEN cards.  And I've been very slow at getting the ball rolling with it.  Call it a protest, call it patience, call it lazy, call it a guy who's waiting for prices to drop.  Whatever it is, I just haven't been motivated to chase this ridiculous product insertion.

But I'll trade.  It was a super simple transaction that landed me this jersey/patch card.  But I think there's something weird with the patch.  I have no idea where this white piece comes from.  It's hard as a rock and feels kind of like plaster cast material.  It could be a misplaced stick piece but I'm stumped.