TO THE BIKE SPOKES - PK Subban

Yup.  PK's not invited to the All-Star game and now one of his cards is destined for the rear tire.

You read that right Brian - PK's goin' to the spokes.

And can you really blame me?  After all he's a part of one of the worst insert sets of all time.

(maybe Fleer Ultra should get the nod instead) 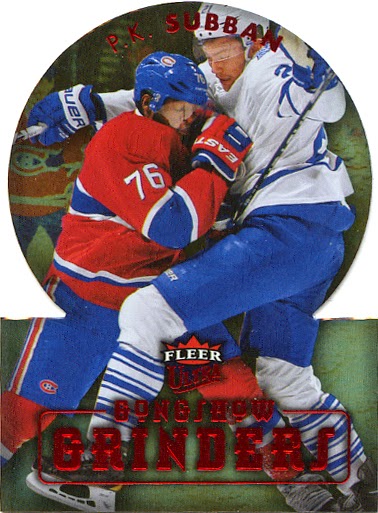 That's not the name of the set....but it might as well be.  It's better than the red foil lettering you can barely read.

For those of you still guessing, it says "Gongshow Grinders".

That's the best you could come up with?

Let's take a look at what Urban Dictionary refers to a gongshow as... 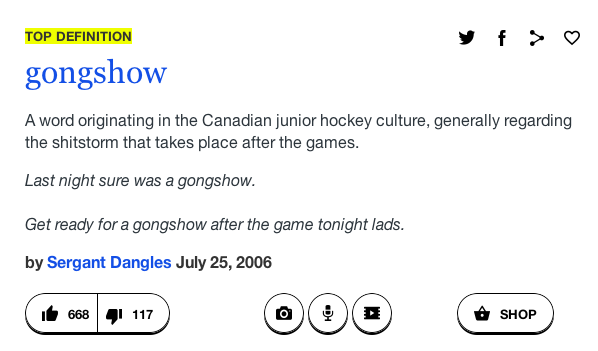 In fact, that gives me an idea for what the set should be renamed as...

Check out the back of the card.... 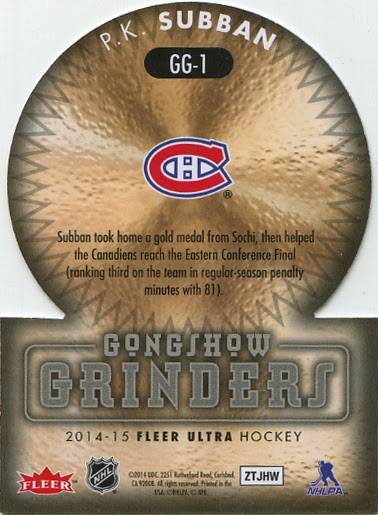 Hey, I just made up another insert set name.  You can have them both for free Fleer.

Seriously, what's the point of this card back?

I've got no words.

I even asked my wallet card what he thought of the offering... 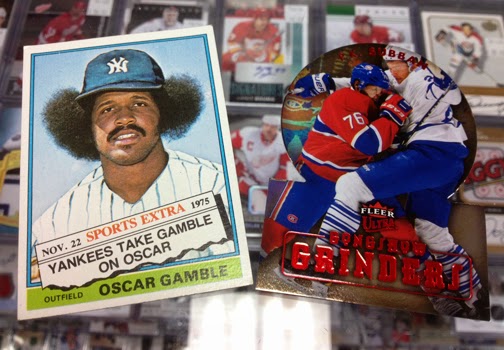 Oscar feels there's a lack of 'fro on Subban and that in itself is a gongshow.

Talk about big circle, little logo....man that 'fro is sah-weet.

All that said, this card should (and will) receive a premium value when and if the time comes to trade it.  It's so rare, so valuable, so stinky.