It's been a slow go with my 1 vs. 100 project.  With only four cards left on the wantlist it makes for slim pickings.

But when my eye caught this card in a tradebox, I thought an upgrade was in store. 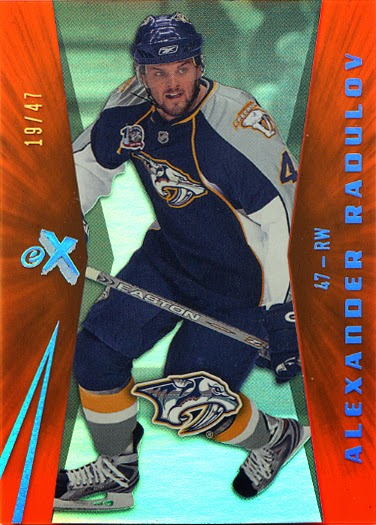 Yes, it's an Alexander Radulov card, but boy does it ever look spanky.  And it's numbered to his jersey number.....so there's that.

I'll be honest, I just liked the look of the card, it's one product release that I don't have in my project and I knew I'd be able to trade it for not a lot.  So why not?

And take a look at the card it's replacing... 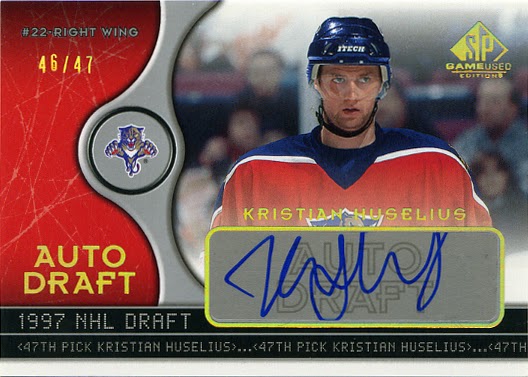 I've got a few cards from this outstanding Auto Draft set and I even have another Kristian Huselius card in my project, so it made the decision even easier.

But in our trade discussions, the card going the other way was a little more than what was coming back.  The best part was it was another player collector....needing a Markus Naslund card that I had.  I just had to help!!! 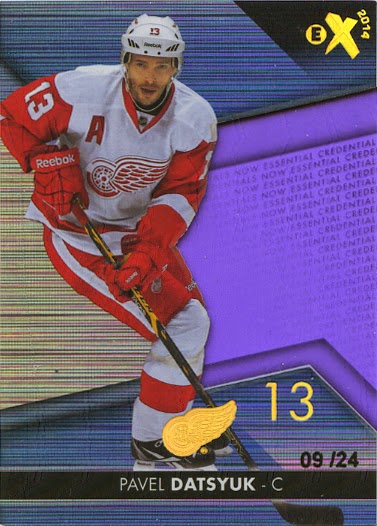 So Pavel has made his way over too.  But I don't know if I'm going to replace him or not in my 1 vs. 100 project.  After all, it's a nice low numbered Datsyuk that would look nice in the trade box. 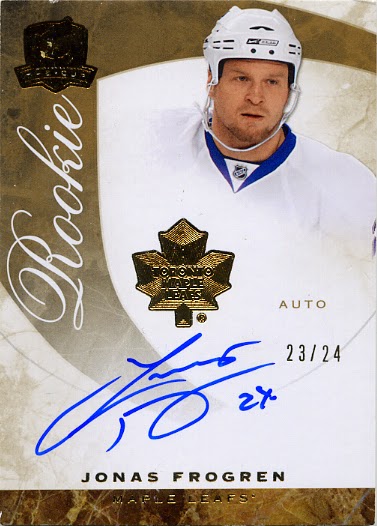 And I have no doubt that it would get more looks than Jonas Frogren.


Oh, and by the way, the guy I traded with....he had a few fantastic oddball Linden items for me.  Some great gifts that will be proudly placed into the collection.  Thanks again Dave!  Always great to talk shop with you at trade night.
Posted by bamlinden at 8:01 PM