UPDATE:  I have done my homework and Oscar Gamble now has 132 cards on my wantlist.  Anyone wanna trade?

This week brought an exciting time for me and my sportscard collecting.

But I've had a bit of an itch recently.  And what initially started as a simple comment has now turned into a full blown scratch.

Earlier in the week I was watching some good ol' hockey on the TV and was taking a couple #WalletCard photos (beautiful Kings jerseys...see Just A Bit Offside's post).  I made the casual comment that I might consider starting a new player collection.

I've been drawn more to baseball cards of late.  Wanting to see product opened, looking at shiny singles and searching for Oscar.  And really, he can't have a ton of cards out there....right?

Well, today at the monthly card show - I saw a sign at the first table I hit. 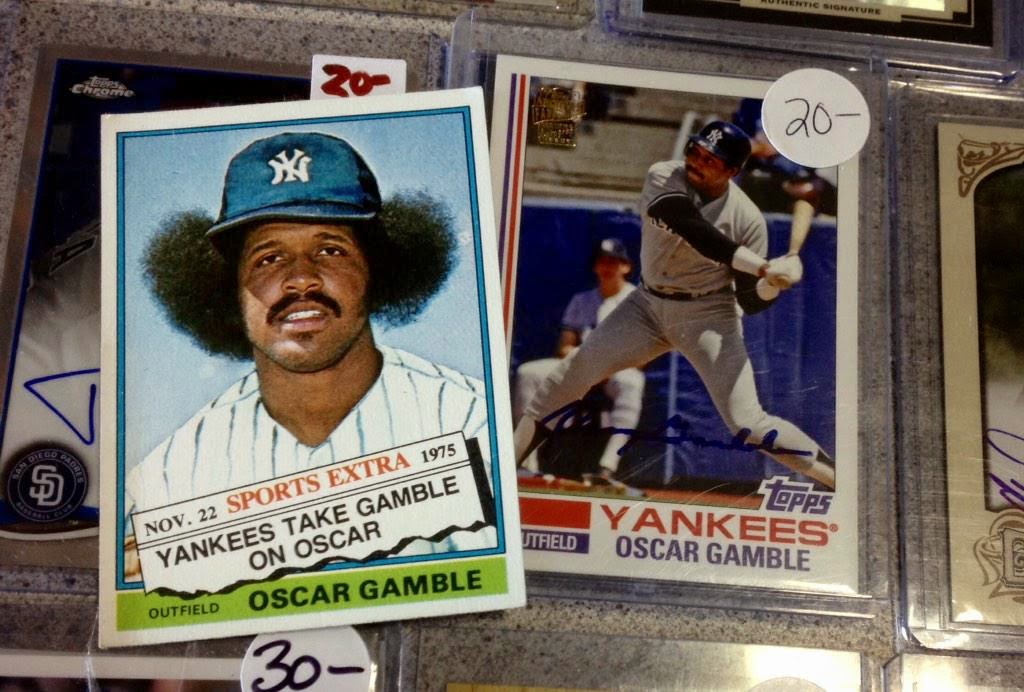 Now I was confident that the card wasn't going anywhere, so I perused the hockey offerings and came back to this one at the end of my day.

In the meantime I did a little research on the card.  It sells anywhere between $7 and $15 on ebay (and that's US dollars).  Add shipping...

So I made him an offer on the card priced at $20.  I asked if he would do $10 (and that's Cdn dollars).  He said he would since the autograph is a little tough to read. 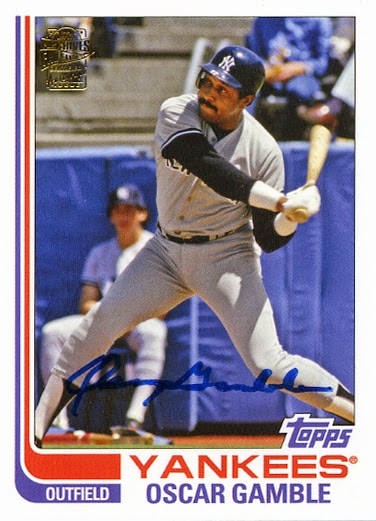 I don't know about you, but I can see that signature just fine.

And with that purchase I have now started my Oscar Gamble player collection (insert applause here).

In my initial searches it seems as though he has a little over 100 cards.  Many of them base cards under a dollar.  A few autos and a few inserts add to the overall flavor.  This new project should not break the bank by any means.  My only thought right now is "How do I want to chase these cards?"

I could scour COMC and pick off most a good portion...but is that really fun?  Ebay is another option, but do I want to pay more for shipping than the card itself?  Locally I could probably track down a few, but living in Western Canada means hockey...not as much baseball.

But I'll see how things go over the next couple months.  I'm in zero rush to build this project.  I'm just in it to have some fun.

And #WalletCard is most definitely fun.
Posted by bamlinden at 3:18 PM