Last week was yet another trade night at one of the two local shops I go to.  It had a bit of everything.  Topical and philosophical discussions, new product being broken left, right and centre, an elusive Linden pickup (which I will share later), a great trade for a new HHOF auto (again...later) and an appearance by Oscar - #WalletCard.

And really, you can't blame him.  When I pulled him out of the wallet and showed him this box, he could barely contain his excitement. 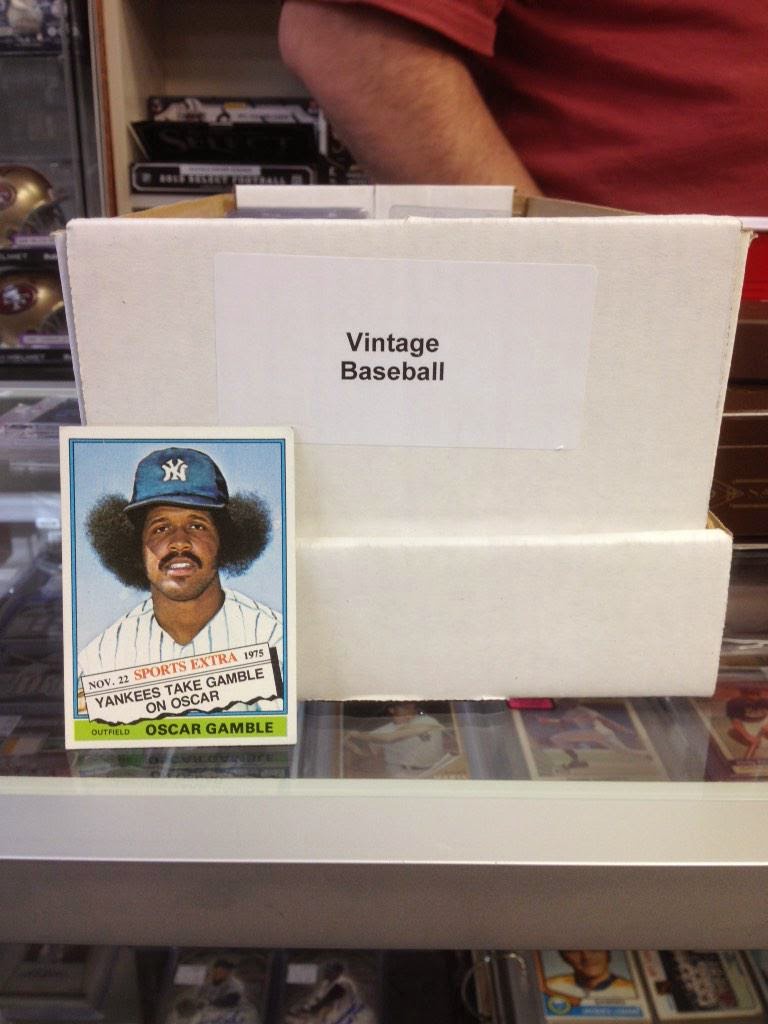 I figured that after living in a hockey card world for the past month, I'd allow Oscar to let loose and enjoy himself.

So let's see what he decided to take a look at. 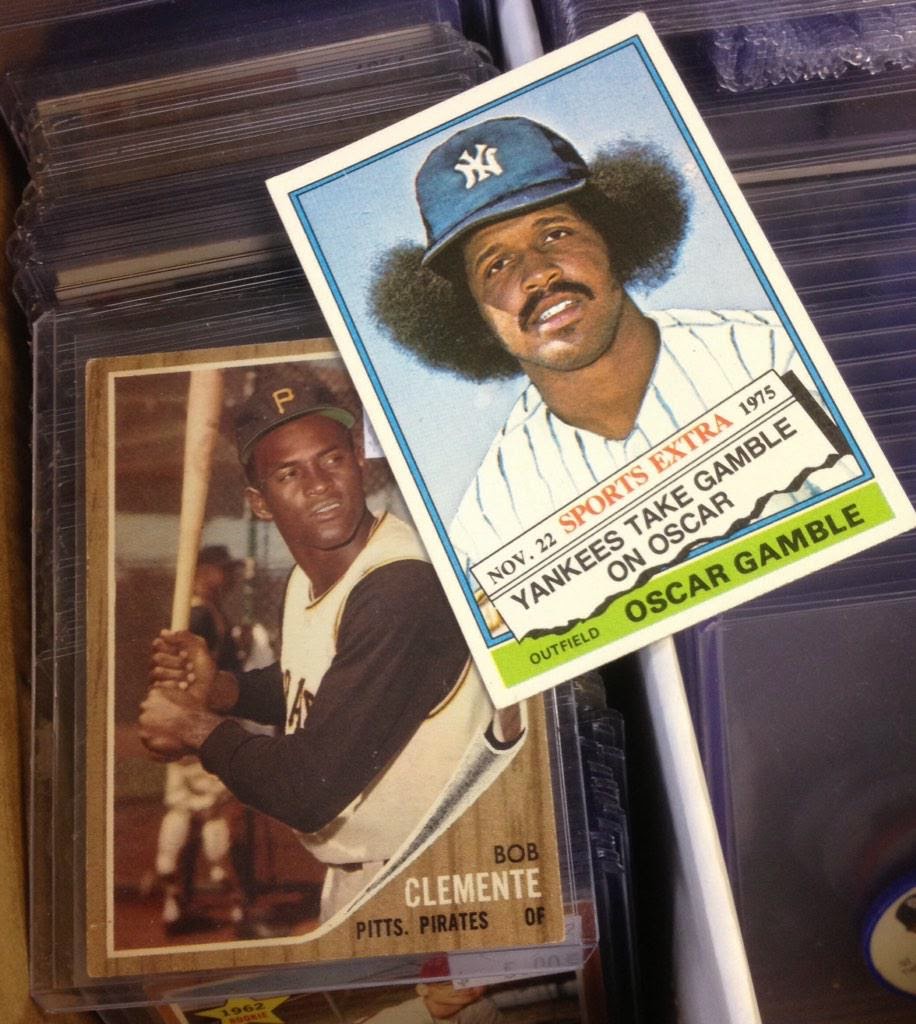 While the card might say Bob....he's Roberto all the way. 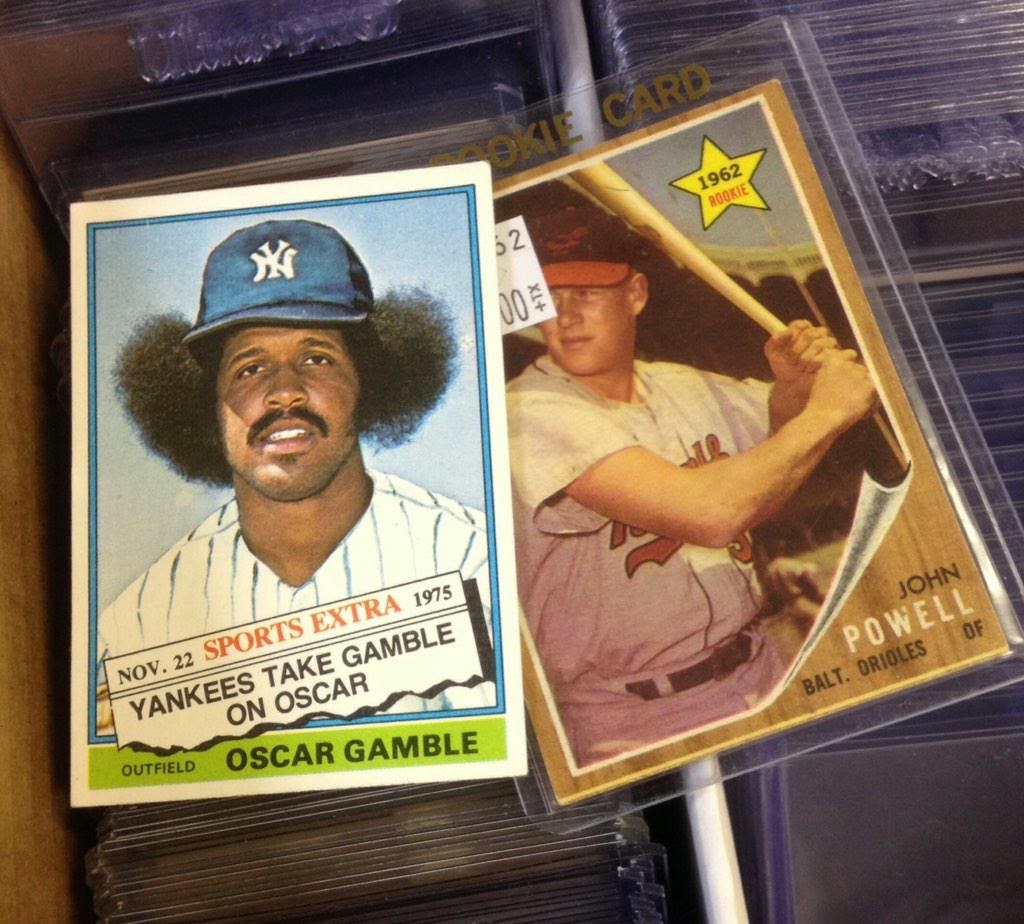 Look at the guns on Boog!

There's a sentence you just don't hear these days.

And they don't make baseball players like this anymore. 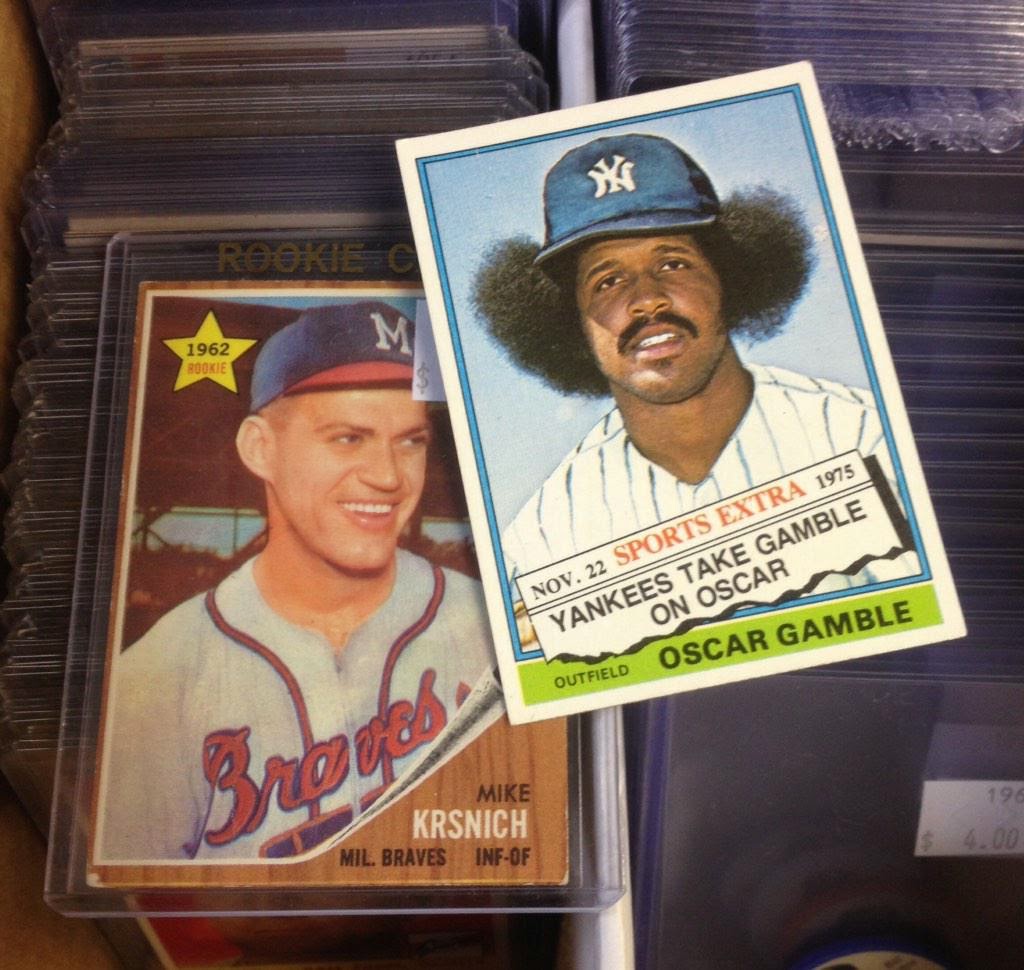 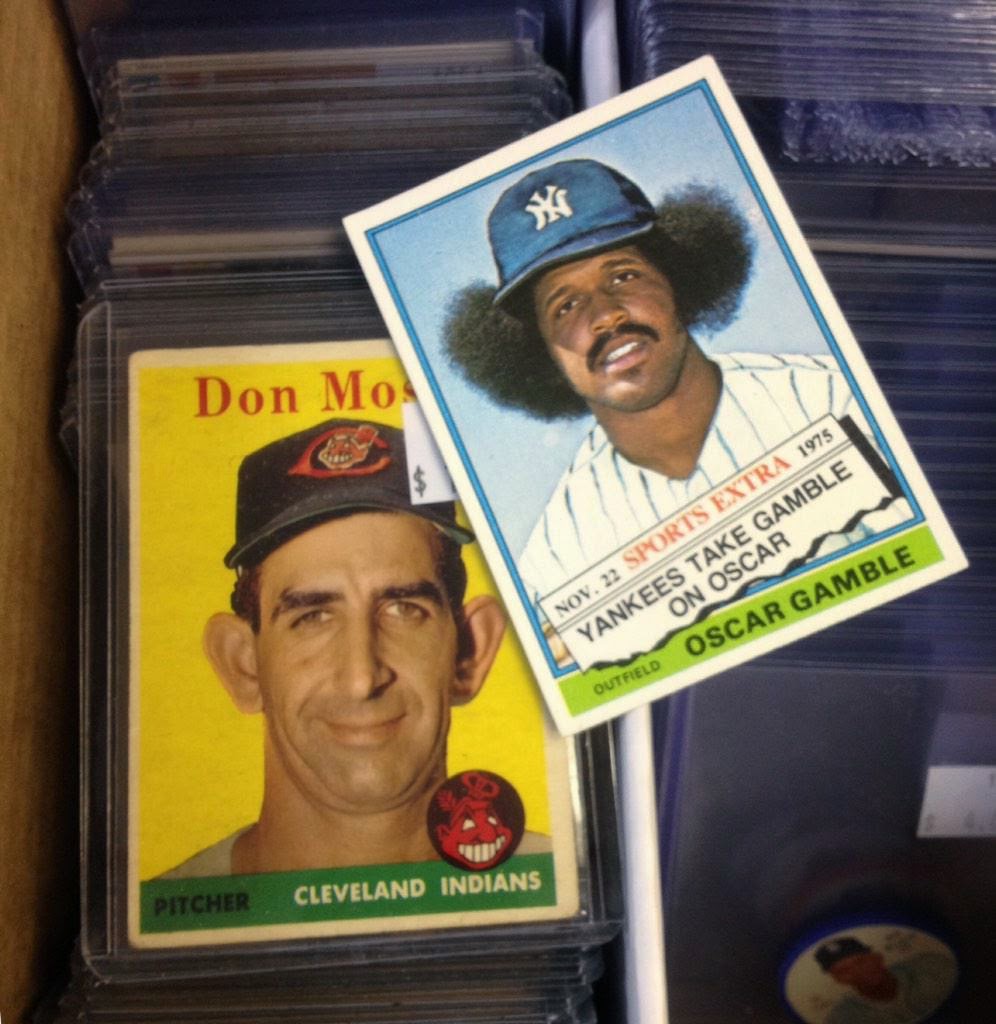 Ha ha ha!  Good one Oscar.  That gets me every time. 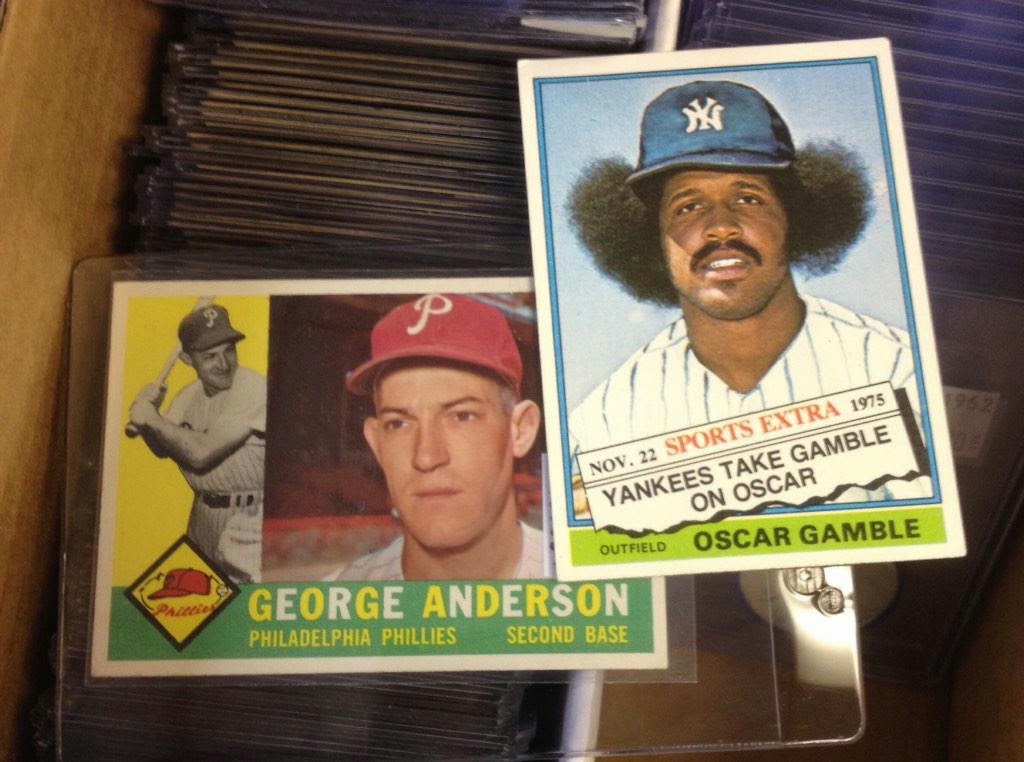 This card is in great shape. 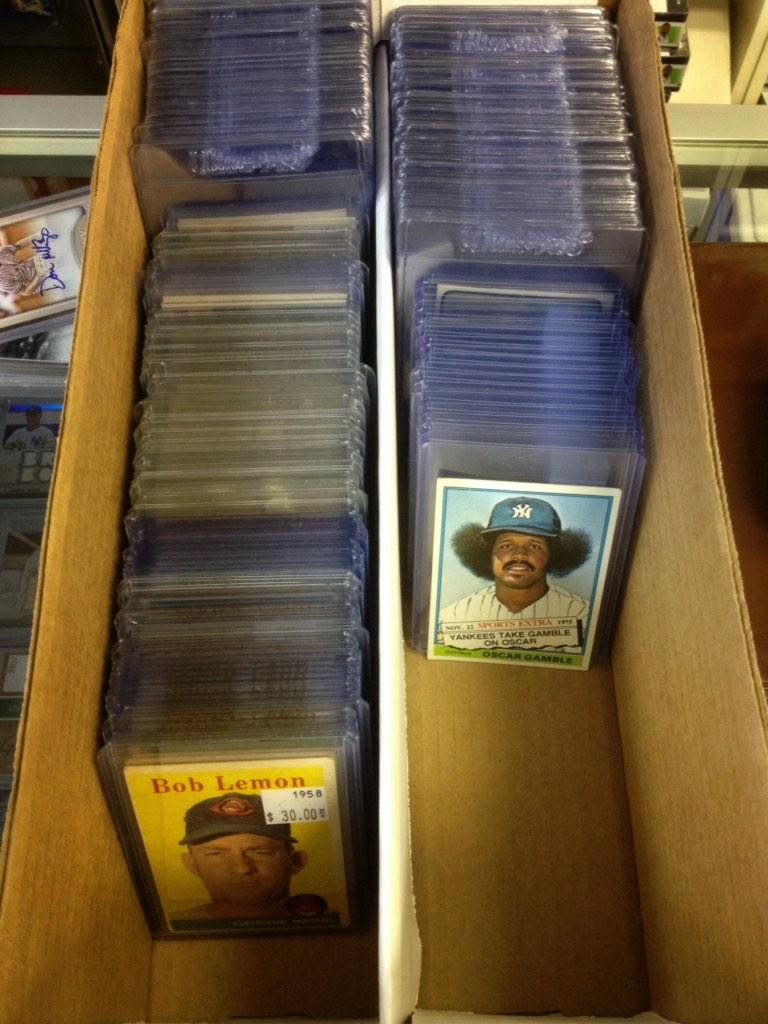 Oscar's feelin' quite comfy.  Like sleepin' in your own bed with a nice snuggly blanket.

Lots of fun drifting into the baseball world.  It really made me itch for the season to start.

Has #WalletCard started to change the way I approach the hobby?  I don't know.  But my the rest of my wallet might have something to say about that.
Posted by bamlinden at 1:10 PM