OUTSIDE THE BOX - Card Show Find Of The Year

When I go to any card show, I (obviously) am on the lookout for anything that might fit into one of my collecting projects.  Linden cards, goalie mask cards, Cup raisers, Oscar Gamble, goofy looking cards, you name it.  Sometimes I don't even know I'm looking for it until I find it.

But I also keep a keen eye on what might be the proverbial diamond in the rough.  Something that might be priced way too good to be true, or have some sentimental hook to it.

And then there's just the flat out cool.  Normally that stuff commands a pretty high price tag.  But cool can also mean "old school".

I saw a few boxes of "old school" on a seller's table at last weekend's card show and stopped everything that I was doing to investigate. 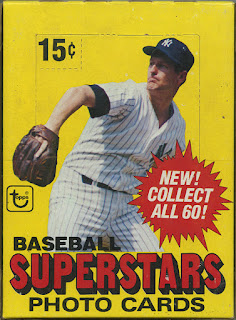 Have I got your attention?

This is a box of 1980 Topps oversize baseball.

Living in Canada, I've never seen one of these before.  I remember the OPC hockey oversized cards that came out around the same time.  I even had a set at one point (sold it.....stupid, stupid, stupid).  This is the same idea.

There were about a dozen or so of these boxes stacked with a $10 price tag attached to each one.  The boxes were not sealed so I cracked one open to take a look. 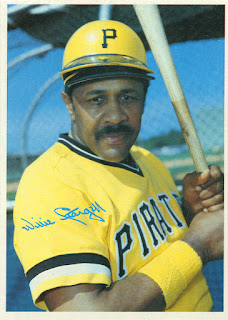 Raise your hand if you love the "helmet over the cap" look?

A quick scan of the box and I discovered that it was a complete set.  I went back a few minutes later and bought a second one.  Heck, I seriously considered buying about 5 or 6 of them.  But 2 will suffice.  One for me and one for sale/trade.

I took the time to scan a few of my faves (actually, all 60 cards are hard to beat).  Here are some of the sweet selects. 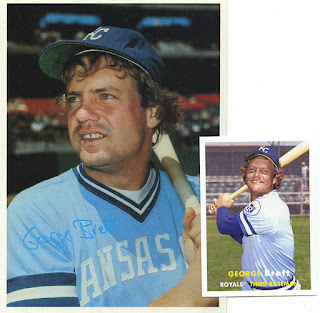 I'll use the George Brett to show you the comparison in size to a regular baseball card.

Looks like the photos could've been taken on the same day.

Geroge looks like he's gnawing on the pine tar he's about to use on his bat.  What a great moment. 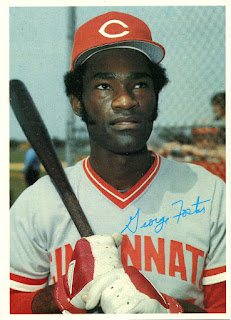 If Oscar Gamble is "King Of The Afro", George Foster is definitely the master of the sideburns.  Those chops are deadly.

Take a moment to look at the entire photo - on all of these shots.  There are some great signs of the time to be ingested. 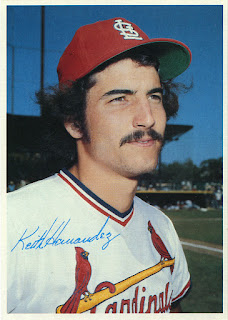 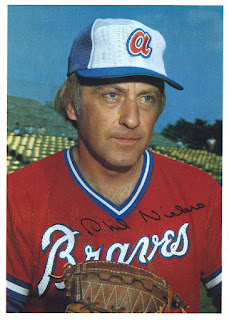 My name is Phil.  I'm an athlete and a pro ball player. 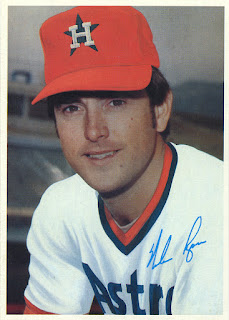 Now this is a pitcher.

Shame that you can't see more of these spectacular Astros jerseys of the day.  As a Vancouver Canucks fan, I can definitely appreciate a good lookin' jersey.

note: the JR Richard later in the set gives you a good look.  Sweet! 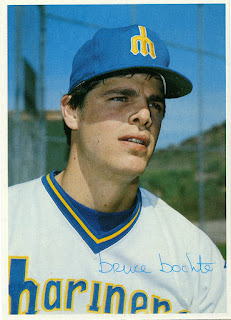 This is the same guy that's managing the Giants? 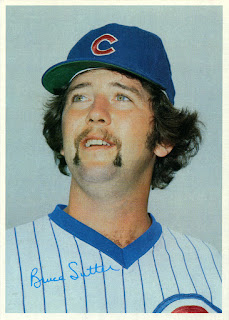 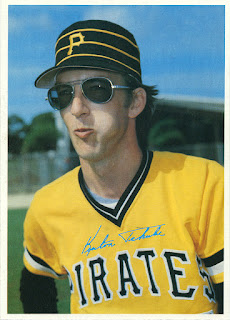 Kent Tekulve is rockin' the shades in what is one of the all-time great baseball looks. 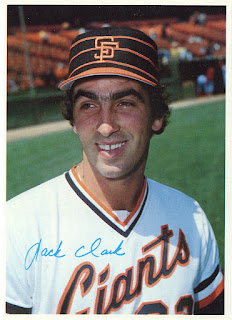 I forgot that San Francisco donned these gems as well.  Spectacular.

And another great jersey. 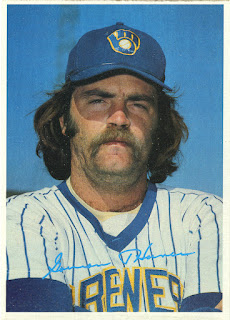 Agenda for the day...

My name is Gorman.

It really doesn't get much better than this does it? 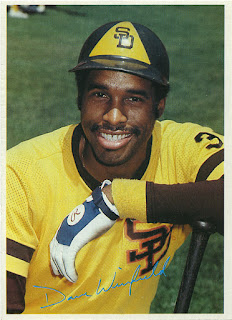 Now THAT is a batter's helmet.

It's all good in this photo. 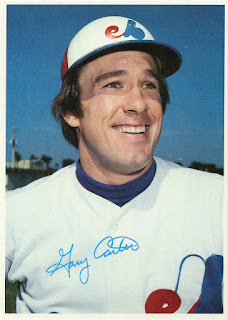 I kid you not.....my breath was literally taken away when I uncovered this card.

Take a moment to look at this photo.

The youth and enthusiasm in his eyes.  The darting smile.  The perfect signature.  The clear blue sky.  The Expos colors.


Now me being a good Canadian boy, I was curious to see not just the Expos offerings, but the Blue Jays.

So who do you think got the call for this set? 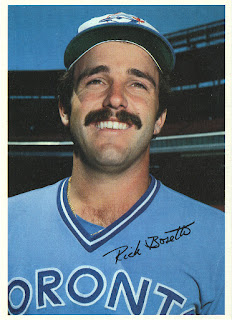 How about Rick Bosetti.

To be fair, he did play in all 162 games in 1979 and must have made an impact with his league leading assists mark.  He did also lead the league in errors that year.

Well, there's gotta be a couple of these in every product.  Overall though this is one heck of a spectacular find.  Worth every single moment.
Posted by bamlinden at 8:06 AM