Been meaning to post an update on this as there has been some great news of late.

A couple of months ago there was a huge development in recovering many of the stolen Trevor Linden cards from 2017. A card collector - from my city no less - had acquired a considerable number of these stolen cards and had been in the process of selling them. A few of us Linden collectors (who keep tabs on Linden cards hitting the open market) were able to identify many of these cards as stolen due to the serial numbers. Lesson to those who have a collection of rare or tough-to-find cards....take photos and document serial numbers.  It can indeed pay off.

During this time, there was another handful of cards that popped up on eBay. Again, we Linden collectors took note and eventually were able to get the Terrace RCMP involved. They seized the cards and held them while the Linden collector worked to prove they were his. 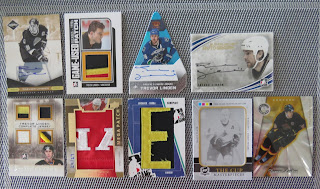 Many of these cards are 1/1s or extremely rare copies. Seeing these pop up for sale after so many years created some excitement that there were still some opportunities to recover this stolen property.

I was actually asked to provide the RCMP with a statement of ownership - as I was given a list of the stolen cards back in 2017...complete with serial numbers. Again, this was the key to recovering these cards.

After a few weeks, I received an e-mail from the Linden collector who said he received the cards back, further shortening the list of cards out there that rightfully belong to him. 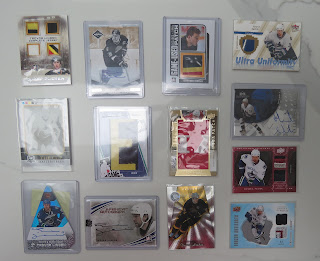 In addition to a large Linden collection, he also had some Sedin cards stolen...again, some rare, irreplaceable items. 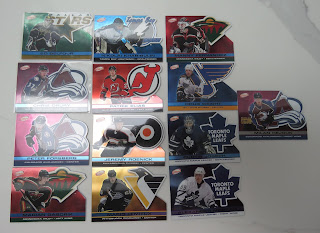 He also had some Pacific Atomic Blue cards (which are low-numbered print runs). It really was incredible to once again see a large lot of cards find their way back home.

To this day, I immediately go to my list of stolen Linden cards to check serial numbers whenever a rare bird flies into eBay or some other online store. I firmly believe that there will be a day when all of the remaining cards pop up somewhere. Let's hope it's sooner than later.

A little good news to wrap up the weekend.

Posted by bamlinden at 2:17 PM