Well, this past weekend brought about the big Calgary 'Bossa' Collectibles Show. To say that I made some progress on projects would be an understatement.

It may take me a couple weeks just to show off everything I snagged from the event - which by the way was one of the best shows I have been to in years. Very well organized, great promotions and fantastic tables made it a really fun weekend.

For my first showing, I will share the pickups for my '1 vs. 100' project. It had been sitting stagnant for a few weeks. In addition to the cards I picked up, there was one item which finally found its way to me through the mail. 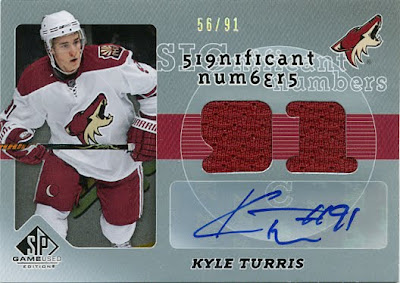 We start with a nice Turris /91. These SPGU Significant Numbers will be a huge add to the project. 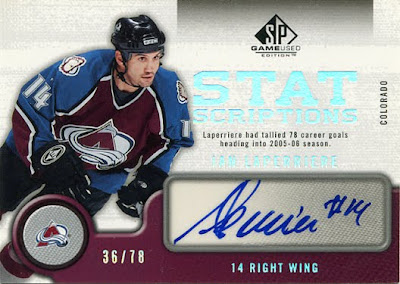 Here is the card I have been waiting months for. Another STATscriptions (Laperriere /78). It got lost in the mail, returned to the original sender and then re-mailed. I'm really happy this one found its way to me and a big thanks to the person who traded with me. 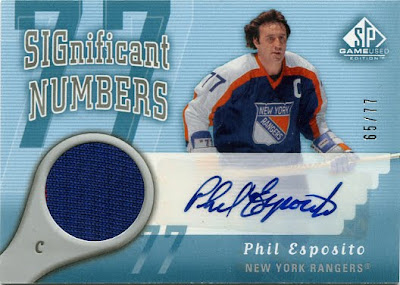 One of the guest signers at the show this weekend was Phil Esposito. I managed to grab this autographed card /77 for less than the asking price of an in-person auto. 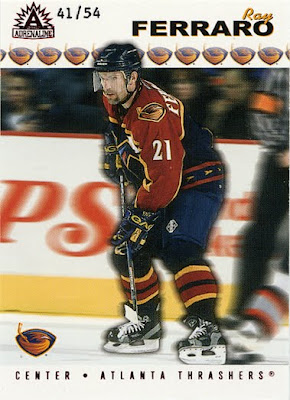 A dirt cheap Pacific parallel of Ray Ferraro /54. For a buck....nice. 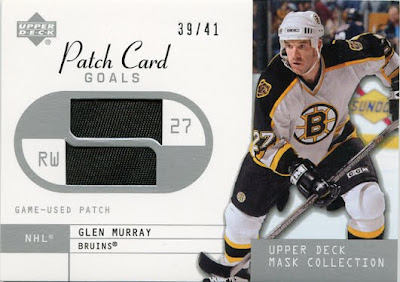 Here's a weird card. A super thick patch card of Glen Murray /41. Why the card is so thick is beyond me (as is the reason for the lame single color patch). Still, it was a cheap add for a card with this low a print run. 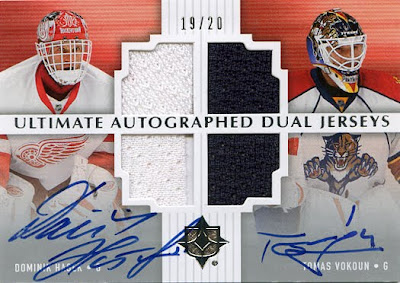 A nice dual auto/jersey card of Hasek and Vokoun /20. Another good deal for it and a unique add to the collection. 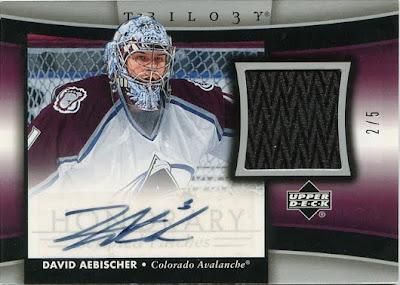 Another real thick card....another Aebischer. This one is /5. Really happy to snag this one as I was worried that cards numbered less than 10 would break the bank a bit. Not so for a guy who is but a whisper in the hobby these days.

With 7 more cards added to the project, I'm almost at the half-way mark. Not bad for not really aggressively pursuing the collection thusfar.