BEHIND THE MASKS - A Little Monkey Business

In addition to the Mike Modano auto I picked up yesterday, I managed a small handful of cards to add to various pc projects.  All the cards were ripe with solid photos and I even went bananas over a Beliveau.

You have to check back later for those goodies because right now I've got  a goalie mask to share.

I'm all for the fancy low-angle "look at what I can do with a camera" type shots, but every fifth card?  Or the exuberant celebration shot that can only represent the pain and agony that player must have gone through...I feel your suffering.  For about a hundred cards worth.

Just give me some good solid action shots.  Nothing overkill.  This isn't Abstract Photography 101.

Dynamic shots.  Unique angles.....UNIQUE.  And how about some closeups. 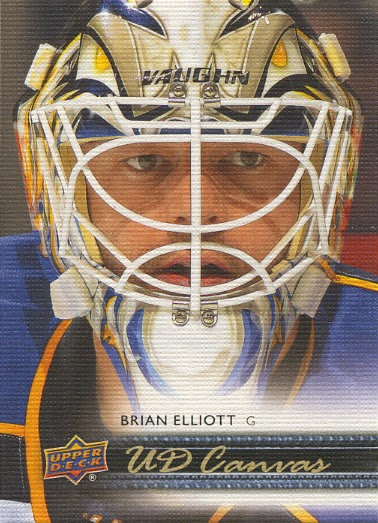 Yeah.....I like this.  Brian Elliott's days as a St. Louis Blues starter may be coming to an end (with the emergence of Jake Allen) but that doesn't mean he can't have a cool looking Upper Deck card.

And with me being a sucker for masks....this is just the type of card I'm interested in.  But I can't help but see something else in this mask card.  Can you see it?

For those of you who were around back.....way back at the start of 2011, I featured a gorgeous Jaromir Jagr card.  But what made me laugh the most was that I decided to superimpose the photo of Mullet McGee on a Canadian $5 bill.  Hilarious if I do say so myself (and definitely holds up to the test of time).

There's something about this Brian Elliott card that makes me think about......... 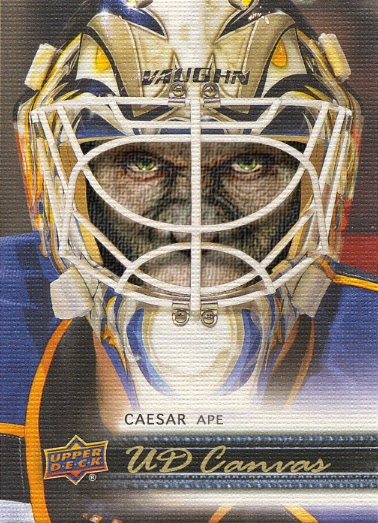 Take a second look.  That Elliott card could've been the poster for the big film reboot. 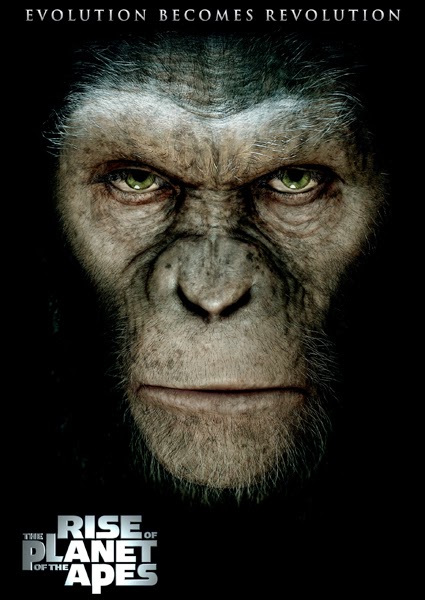 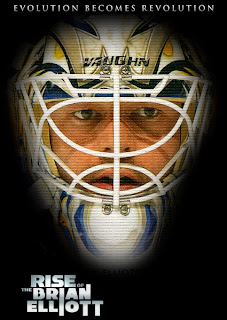 For a guy who can't seem to find enough hours in the day......I seem to have found one tonight.  Ah the wonderful world of sportscard collectibles.

Note:  I've just finished scanning over this post and am seriously considering NOT hitting "Publish".  What the heck have I just been doing??!!!
Posted by bamlinden at 10:24 PM