LINDEN CARD(s) OF THE WEEK - Show Me Some Silvers

A little over a year ago, I tracked down a number of older show cards that have been on my Linden wantlist for decades. It really was one of the most enjoyable finds I've made in a long time. To secure these (and I hate to use the term) 'white whales' after all these years epitomized the long-game mindset I have placed on my collecting.

I don't chase cards like I did 10-15 years ago. My wallet has different priorities these days. But I don't go a day without searching online for Linden cards - most days it's a good dozen or so times, easily.

I find some cards I need...usually overpriced, some cards I'd like to have...but too steep for the bank account, and on rare occasions I find some cards that I pull the trigger on immediately. A couple weeks back I had one of those moments.

As I mentioned, show cards are a rare bird these days. They were never on my radar back in the late-90's. I was just discovering the online world of collecting and it opened my eyes to what my master checklist would become.

But, better late than never to track these down.  A pair of fantastic cards that I have never seen in my 25+ years of collecting Trev. 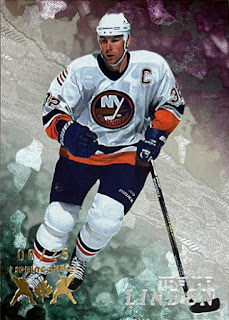 I don't know what to say...I'm still stunned to see this card in my hands. It popped up on eBay early one morning (weekday) and for a fair price. I actually saw three show cards in succession. Having just woken up, my still tired eyes quickly searched my master list to see which ones I needed. Two out of the three were soon purchased. The third one I had already snagged a year ago. 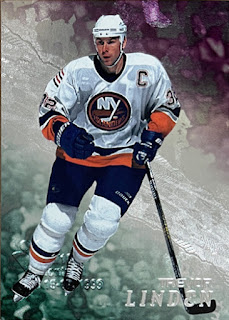 These are the cards that have me searching constantly. Heck, I've done 3 eBay searches in the time it has taken me to write this post. I absolutely love finding these cards that continue to fill out my collection.

And after the show card hauls I've had the past couple of years, I am very much looking forward to tracking down and picking up more of these pieces.

What was once only thought of as a longshot has now turned into an attainable chase.